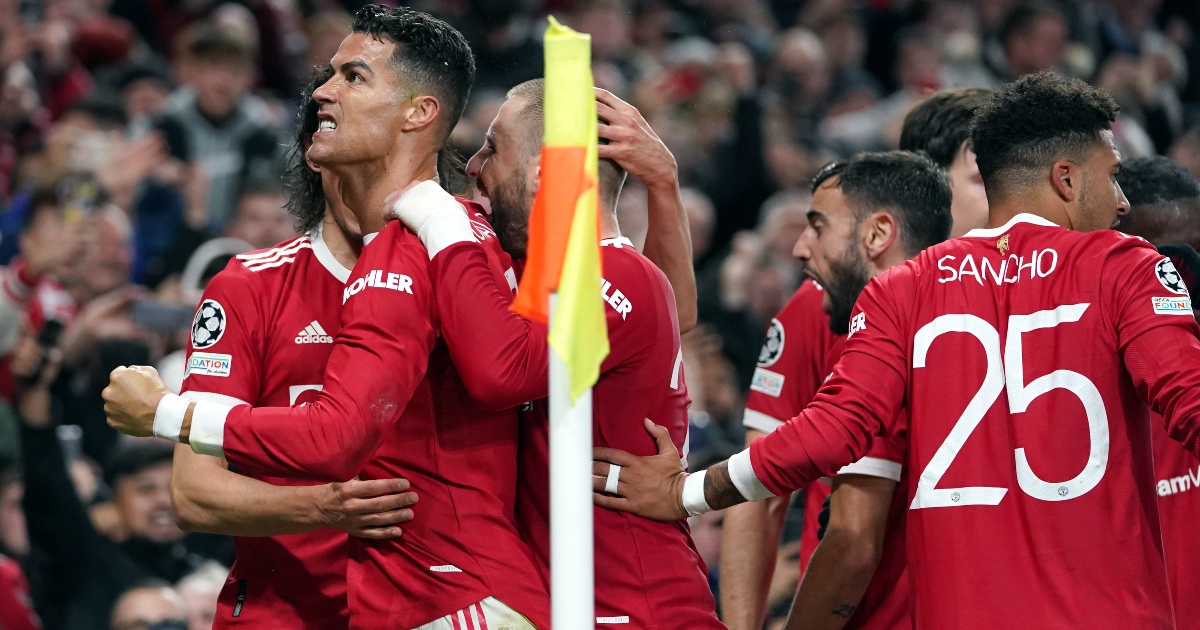 Manchester United came from 2-0 down at half-time to defeat Atalanta 3-2 in a crazy Champions League match at Old Trafford.

United were staring down the barrel of a fifth loss in eight matches and were booed by some fans as they trudged off at half-time trailing by two goals, only for Ole Gunnar Solskjaer’s side to storm back memorably.

Marcus Rashford struck on his first start since the Europa League final and Harry Maguire lashed home a leveller, setting up a box-office finish that Cristiano Ronaldo delivered with a powerful header from Luke Shaw’s cross.

The stirring second-half comeback displayed the best of Solskjaer’s side but they have plenty of room for improvement, notably at the back after Mario Pasalic and Merih Demiral capitalised on poor defending in the first half.

A huge cheer met the final whistle on a night that started with Solskjaer’s name being sung by the Old Trafford faithful.

United began on the front foot and Rashford fired narrowly wide in the opening minutes, with the offside flag saving his blushes.

The hosts were probing but Atalanta have shown in recent years that a partisan home crowd and star names do not intimidate them, with Gian Piero Gasperini’s intelligent side silencing Old Trafford.

A quickly-taken free-kick put Luis Muriel in behind, with the striker holding up the ball before playing it back to Josip Ilicic to send a defence-splitting pass to Davide Zappacosta.

The wing-back sent a right-footed cross over for Pasalic to bundle home, having got beyond Scott McTominay and Aaron Wan-Bissaka. The video assistant referee ruled there was no offside in the build-up.

Fred and Ronaldo had attempts on Juan Musso’s goal as United attempted to draw level, but ineffective defending cost them again in the 29th minute.

Teun Koopmeiners swung in a corner and, with Maguire slow to react, Demiral rose above Shaw to head home.

Ronaldo made a desperate penalty appeal as the crowd began to become frustrated, especially as they were not punishing the gaps left by Atalanta.

Fred wasted a great chance before the break having been put through smartly by Bruno Fernandes only to bend wide from close range.

Rashford had another chance in first-half stoppage time but saw an effort clip the crossbar, with the half-time whistle greeted by a smattering of boos.

United chants of ‘attack, attack, attack’ were heeded early in the second period as Ronaldo stung the palms of Musso and, after he missed a couple, Rashford found the net.

Fernandes put the forward in behind the Atalanta backline with a fine, flicked first-time pass and the England international opened his body to slot home a right-footed shot from a tight angle.

Atalanta goalkeeper Musso showed great reactions to stop a Ronaldo strike beating him low to his left in the 64th minute, with Edinson Cavani and Paul Pogba introduced shortly afterwards.

United continued to probe but Atalanta remained a threat, with David De Gea producing a superb double save to deny substitutes Duvan Zapata and Ruslan Malinovskyi.

Maguire saw a header from a corner comfortably stopped but atoned for that in the 75th minute. After Atalanta cleared a corner, Fernandes sent a cross in from the right that Cavani flicked into the path of Maguire to lash home expertly.

Fernandes was denied by Musso and Ronaldo saw a free-kick blocked, before United rocked Old Trafford to its foundations in the 81st minute.

Shaw sent a fine left-footed cross over for the leaping Ronaldo to power a header beyond the Atalanta goalkeeper in front of the Stretford End.