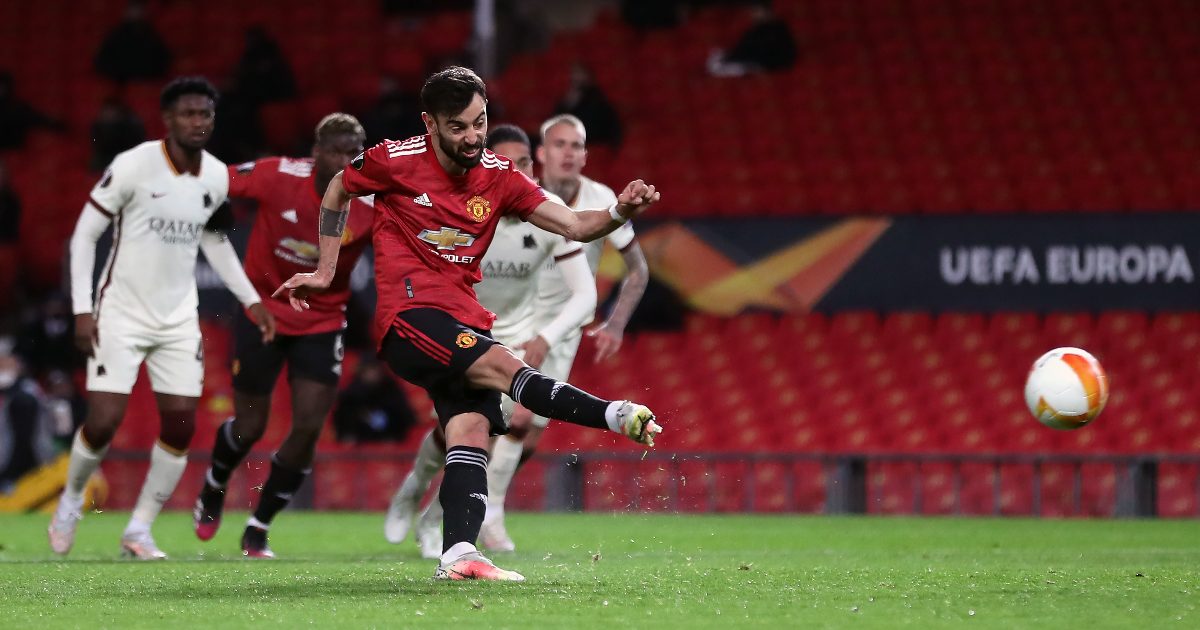 Man United netted five times in the second half against Roma to all but secure their place in the Europa League final.

Having fallen short in four semi-finals in the last two seasons, the Red Devils were looking to underline their progress by reaching their first final under the 1999 treble hero.

Solskjaer was part of the side that thrashed Roma 7-1 in 2007 and oversaw another famous victory against the Giallorossi on Thursday as United took charge of this Europa League semi-final.

Bruno Fernandes got the first leg off to a dream start at Old Trafford, only for Lorenzo Pellegrini to swiftly level and ex-Manchester City striker Edin Dzeko to give Paulo Fonseca’s side a shock half-time lead.

But United have dug deep to bounce back time and time again this season, with Cavani inspiring the latest comeback when smashing home a superb leveller just minutes into the second half.

The veteran put Solskjaer’s men ahead after an error by substitute Antonio Mirante, before Fernandes added a penalty and Paul Pogba headed home.

Mason Greenwood came off the bench to add gloss on a night when Roma’s three first-half injuries took their toll in a dramatic first leg.