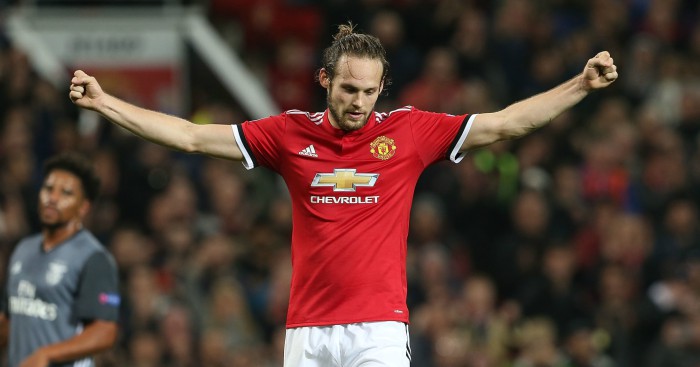 Manchester United have agreed to sell Daley Blind back to Ajax for a fee that could rise to £18.5million.

Blind joined United in summer 2014 as one of the first signings of compatriot Louis van Gaal’s reign.

He has rarely been a regular starter at Old Trafford, but has been a fine squad player in his four years at the club.

He made 141 appearances over four seasons, but is now leaving in search of more playing opportunities.

The BBC report that former club Ajax have agreed to re-sign the 28-year-old on a four-year deal.

They will pay an initial £14m to sign the Dutch international, but add-ons could take it as high as £18.5m. That would make him the most expensive signing in Eredivisie history.