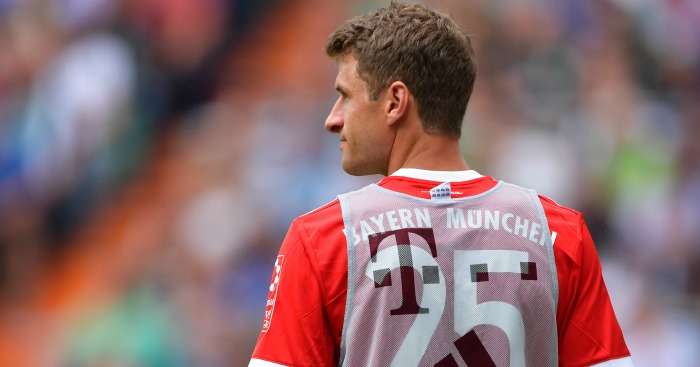 Thomas Muller says it would be “very difficult” to leave Bayern Munich, but it could be “interesting”.

Muller has spent his entire career at Bayern, joining the club aged just 11 in 2000.

He emerged through their youth ranks to make his first-team debut in 2008, scoring 176 goals in 440 games for the Bundesliga giants.

The 28-year-old has been regularly linked with a move to the Premier League however, with Manchester United his most regular suitors.

Muller was named as one of four ‘fantasy’ signings that Ed Woodward dreams of making at Old Trafford, and he admits a new chapter after Bayern would be “attractive”.

“Another task would certainly be interesting and attractive,” he told Welt Am Sonntag.

“If the situation is different, a lot can happen.

“Basically, it is very difficult to get away from Bayern. Currently I have no thoughts to do something else.”