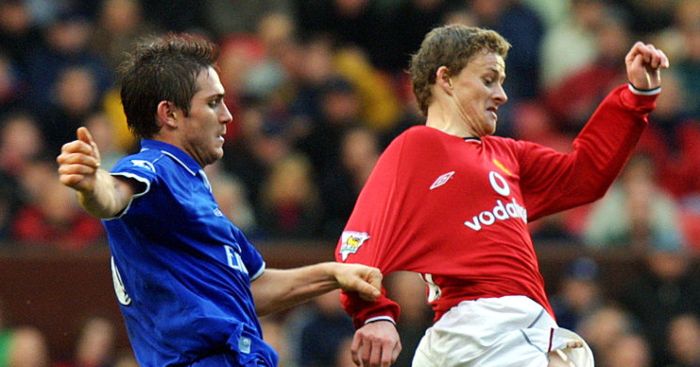 “This is a Boxercise class sir. Either put some clothes on or leave.”

All words, phrases or figures of speech I cannot stand. Will VAR be added to this list come the end of the season? Only time will tell. But it IS time folks! B*llocks to the cricket! The Premier League is back. Wheeey.

Liverpool v Norwich City
There’s been plenty of cash flying around this summer but the smart money says it will be Manchester City and Liverpool running the show at the top of the table once again. The Reds are virtually unbackable to beat Norwich in Friday night’s curtain-raiser and while they’ve not brought in any Scouse Galácticos and look short of cover in a few key positions, they should smash Norwich here. Sadio Mane was immense last season but his importance to this side is sometimes still overlooked. However the Senegal livewire looks a tempting price at 7/2 to score first against the Canaries.

Betting: Mane to score first at 7/2

West Ham v Manchester City
West Ham have shown some real ambition this summer as they look to usurp the likes of Everton, Wolves and Leicester and claim a top-six finish. They face an acid test early doors though in the shape of champions Manchester City, who are likely to fly out of the traps at the London Stadium. Raheem Sterling could again be employed as a central striker by Pep, and if he is, 10/11 about him scoring at any point in the game looks juicy.

Selection: Sterling to score anytime at 10/11

Bournemouth v Sheffield United
Danny Mills came in for some merciless grief on Twitter after erroneously alluding on Sky Sports this week that Sheffield United were long-ball merchants under Chris Wilder. The best put down I read was one wag who described Mills as a ‘Poor Man’s Rory Delap’. To be clear. Wilder’s team like to get the ball on the floor and play. They played last season using a progressive, possession based 3-4-1-2 system and we can’t see Wilder abandoning his principles just because they are now in the promised land. The real question is whether he has enough quality at his disposal to stay afloat? If I have a criticism of Wilder it would probably be his reluctance to sign any player with a name that takes 45 minutes plus injury-time to pronounce.

Betting: Both teams to score at 3/4

Burnley v Southampton
This is the second successive season that Burnley and the Saints have met on Matchday 1. All a little bit X-Files, you say? Not really, but Burnley are unbeaten in their last five competitive meetings with Southampton (all in the Premier League), winning twice and drawing three times. I’m expecting big things from young Dwight McNeil this season and fancy Sean Dyche’s men to get over the line here.

Betting: Burnley to win at 7/4

Crystal Palace v Everton
Everton completed the signing of Alex Iwobi on Thursday but it still feels like a very underwhelming window for the Toffees. Wilfried Zaha looks like he’s staying at Palace despite “beef” with Steve Parish and the club’s owners. I have “beef” with all of them too after lumping on Zaha at 6/4 to leave the club before deadline day. It will be interesting to see how the the wantaway winger kicks on though after missing out on a summer switch, and if he’s not ‘at it’ (Souness-ism) this weekend then Palace might struggle. Everton meanwhile fell short of Europa League qualification last season and it’s hard to see where the goals are going to come from on a consistent basis. This game positively reeks of a low-scoring snoozer.

Watford v Brighton
Brighton stayed up despite failing to win any of their last nine games and are among the betting favourites for the drop. However it seems owner-chairman Tony ‘The Lizard’ Bloom has seen enough. More than £50million has been spent on Leandro Trossard, Adam Webster, Neal Maupay and Matt Clarke. Brighton have also signed midfielder Aaron Mooy from Huddersfield on a season-long loan. And Bloom, one of the sharpest gambling minds on the planet, rarely gets it wrong. Watford in contrast are much more settled heading into the new campaign but will find it difficult to top their efforts last season, after finishing 11th and reaching the FA Cup final. Draw.

Tottenham v Aston Villa
We didn’t hear a peep out of Spurs in last summer’s transfer window but they’ve gone fully balls out this time round. Jack Clarke. Check. Tanguy Ndombele. Check. Giovani Lo Celso. Check. Ryan Sessegnon. Check. Fantastic summer for Spurs and their fans and they look rightful faves to open with a victory against the Villa here.

Leicester City v Wolves
Both of these Midlands clubs will be hopeful of gate-crashing the Premier League’s top six, and Leicester might just pull it off. The ‘big six’ have finished in the top six in each of the last three seasons, but the Foxes seem well set to cause the elite problems once more. Tactically Brendan Rodgers is very astute and he has a young, vibrant squad who have no European distractions. They’ve been trimmed from 25s to 16/1 to finish in the top four, and can kick things off with a win at the King Power.

Betting: Leicester City to win at 5/4

Newcastle United v Arsenal
The away win looks a banker here. Absolutely nailed on. Unai Emery against the tactical dinosaur that is Steve Roger Bruce? Do us a f**king favour. However instead of getting all excited and piling into the 4/5 straight win take a deep breath, remember that Arsenal kept just one clean sheet in 19 Premier League away games last season and instead tuck into a Gunners victory and both teams scoring on Tyneside at 5/2.

By the way, Andy Carroll’s return to Newcastle on a pay-as-you-play deal has tickled me. He managed just 84 starts in over seven years at West Ham. I’m not sure what the exact financial terms are but £20k a goal or a Sports Direct mug and a pair of Lonsdale sliders for every appearance without scoring sounds fair.

Betting: Arsenal to win and both teams to score at 5/2

Manchester United v Chelsea
A massive game to round off the weekend and it’s absolute madness to think that both teams – who have dominated the title picture in England over the past 15 years – can be backed at around the 40/1 mark to win the league this season. The Blues finished third last season and won the Europa League under Maurizio Sarri, but Stamford Bridge legend Frank Lampard is now in charge and inherits a considerably weaker side after the talismanic Eden Hazard buggered off to Real Madrid. United are in transition too with Harry Maguire and Aaron Wan-Bissaka arriving for big money to shore up a defence that shipped 54 goals in the Premier League last season, the most of any side in the top six. These two top-flight behemoths shared the points in both matches last season and a punt on the draw again could be the shrewd play at Old Trafford.