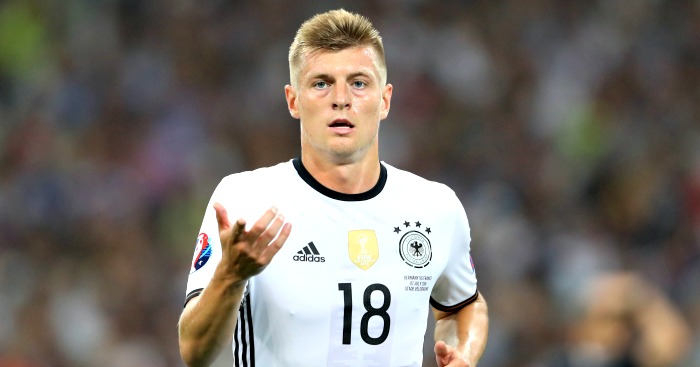 Reports in the Spanish media claim that Manchester United and Manchester City will battle for the signing of Real Madrid midfielder Toni Kroos.

Speaking on television show El Chiringuito, journalist Pipe Estrada claimed that Pep Guardiola and Jose Mourinho are set for a head-to-head contest to try and land the Germany international.

“A war of two great coaches of international prestige, Guardiola and Mourinho, for a player, a player of Real Madrid: Toni Kroos.

“The two managers believe that he may be key to their future because of his tactical position on the field and because he is vital for the continuity of their projects.”

Paul Scholes also believes that United should be looking to sign Kroos or Luka Modric.

“I think Mourinho should go into the market for a controlling midfielder, who can control where Paul Pogba goes and control the game.

“I think they still need that type of player. A Luke Modric or a Toni Kroos, and I think these players are available.”