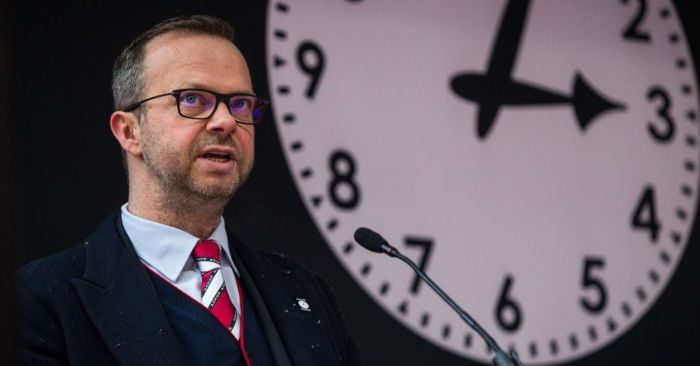 In the ten-year period from June 2009 to the current day, Manchester United have bought and then sold or released 28 different players. They have made a profit on just two. Alexander Buttner was signed for £3.9m and let go for £4.4m, while Ajax spent £18.1m on Daley Blind four years after he first packed his things and headed to Old Trafford for £13.8m.

The rest, ranging from Ander Herrera (£29m) and Marouane Fellaini (£17m) to Shinji Kagawa (£5.5m), Mame Biram Diouf (£2m) and Javier Hernandez (£0.7m), were all offloaded for less than or the same as their initial fee.

In July 2017 alone, Manchester City sold three players for more than they were bought: Enes Unal, Aaron Mooy and Olivier Ntcham. That season, even Arsenal made a profit on three sales: Alex Oxlade-Chamberlain, Theo Walcott and Olivier Giroud. Real Madrid have done the same with Cristiano Ronaldo, Alvaro Morata and Danilo in the past two years. By any measure, United’s numbers are laughable and not befitting a club of their stature.

This summer’s transfer window is barely ajar, yet Chelsea (Eden Hazard), Liverpool (Danny Ings) and West Ham (Edimilson Fernandes) have all already sold one player for more than they were signed, matching Ed Woodward’s record over six years as United chief executive.

As ever, there are caveats. Robin van Persie, signed for £24m, fulfilled his sole purpose of delivering a Premier League title before being cast aside for £3.8m. Antonio Valencia gave the club a decade and £16m worth of fine service before leaving for free. Their ability to recoup almost all of the £25m they spent on Morgan Schneiderlin bordered on witchcraft.

Since 2009, Man United have signed and sold or released 28 different players.

Shove your noodle sponsors; they're failing as a football club, but also as a business. pic.twitter.com/xrKjCqEPTg

But they are exceptions to an iron rule of incompetence. The contract confusion that saw Herrera leave for nothing could yet be repeated with Juan Mata this summer and David de Gea next, and that is without even taking into account the decline in value of Phil Jones, Luke Shaw, Marcos Rojo and Matteo Darmian since they joined.

Most of these cases betray a club’s increasing inability to compete at the highest level either on the pitch or in the transfer market. United should be as embarrassed by a 31-point gap to Liverpool as they are at the fact the Reds made a bigger profit on Kevin Stewart than they have on any player they have signed over the past ten years.

It is far from the most damning aspect of United’s relative demise. A club this size can brush off such financial frivolity by announcing a new noodle partner or declaring record downloads of their official app. Making a minimal loss on Saidy Janko or taking a hit on Vanja Milinkovic-Savic are mere drops in such a chasmic ocean. Yet in an era where certain clubs have made transfer market self-sufficiency an artform, United continue to smear faeces over a blank canvas before pretending it’s a Jackson Pollock original masterpiece.

It is safe to say that the policy introduced ten years ago has been an unmitigated disaster: not only has it been destroyed by Alexis Sanchez, but resale value has rarely been less important or relevant at Old Trafford. But a strategy revamp designed to prioritise the signing of younger players has been revived this summer. Daniel James, 21, has already joined, with Matthijs De Ligt (19), Aaron Wan-Bissaka (21), Sean Longstaff (21) and Bruno Fernandes (24) among their main targets.

“Occasionally we do go into the transfer market for mature players,” said Sir Alex Ferguson in 2010. “Berbatov was 27 when he came to us but you have to ask yourself if when a 27-year-old fulfils his contract for five years he will have little resale value.”

Yet United have been asking that question – and failing miserably to come up with an answer – for players ranging from Memphis Depay, 22 when he was sold for a loss to Lyon in January 2017, to 29-year-old free agent Herrera.

It comes to something when Toby Alderweireld was rejected 12 months ago in part due to his lack of resale value by a man who has proven entirely incapable of capitalising on such a virtue anyway. Ferguson was ruthless enough – and used his impending retirement – to justify bend the rules for Van Persie’s arrival, but Ole Gunnar Solskjaer’s powers of persuasion won’t have the same effect on Woodward.

Perhaps that’s not the point. The last thing United need right now is Gareth Bale, Ivan Perisic or Ivan Rakitic on gargantuan wages in their 30s. But the inexplicable difficulty they find in selling players at the right time and for the right price undermines their ability to sign them in the same way. They did not finish outside the Champions League places because they didn’t make a gain on Sadiq El Fitouri in 2017, but it is part of a wider long-term failure.

United will continue to excel as a commercial entity while Woodward reigns – he might even sell another player for a profit eventually. But they will keep stagnating as both a football business and a football club. When Alexander Buttner is one of two examples of a qualified chartered accountant increasing a player’s value, something is clearly broken.