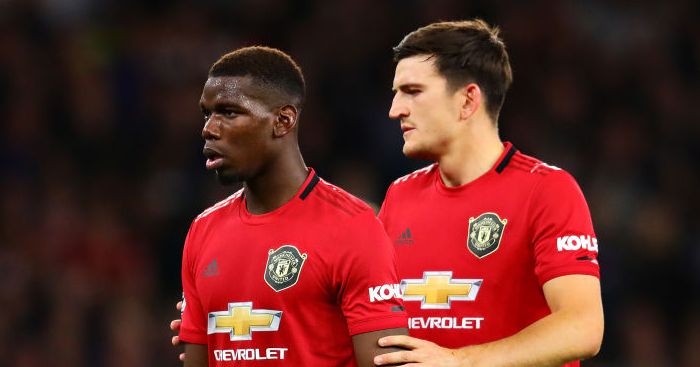 Manchester United have condemned racial abuse which was aimed at midfielder Paul Pogba on social media after his missed penalty in the 1-1 draw at Wolves on Monday night.

In a statement, United said: “Everyone at Manchester United is disgusted by the racial abuse aimed at Paul Pogba last night and we utterly condemn it.”

Disgusting. Social media need to do something about it… Every account that is opened should be verified by a passport/driving licence. Stop these pathetic trolls making numerous accounts to abuse people. @Twitter @instagram https://t.co/bzow073aTw

Pogba became the third footballer in England to suffer such abuse in the space of a week following a missed spot-kick, with racist abuse also directed at Reading’s Yakou Meite and Chelsea’s Tammy Abraham in recent days.

Other fans were quick to condemn some of the posts seen on Monday night, many of which were subsequently deleted.

United’s statement continued: “The individuals who expressed these views do not represent the values of our great club and it is encouraging to see the vast majority of our fans condemn this on social media also.

“Manchester United has zero tolerance of any form of racism or discrimination and a long-standing commitment to campaigning against it through our #AllRedAllEqual initiative.

“We will work to identify the few involved in these incidents and take the strongest course of action available to us. We also encourage social media companies to take action in these cases.”

Manchester United is a family. @paulpogba is a huge part of that family. You attack him you attack us all… @ManUtd https://t.co/PgalnFQMeu

Anti-discrimination campaign group Kick It Out said the number of players targeted in recent days highlighted the need for further action.

A statement said: “The latest round of fixtures have again seen unwarranted and vile racist abuse sent to players. This time, Reading’s Yakou Meite and Manchester United’s Paul Pogba.

“The number of posts such as these since the start of the season further highlights how discriminatory abuse online is out of control.

“Without immediate and the strongest possible action these cowardly acts will continue to grow.

“As always, we have contacted the respective clubs to offer support to those affected.”