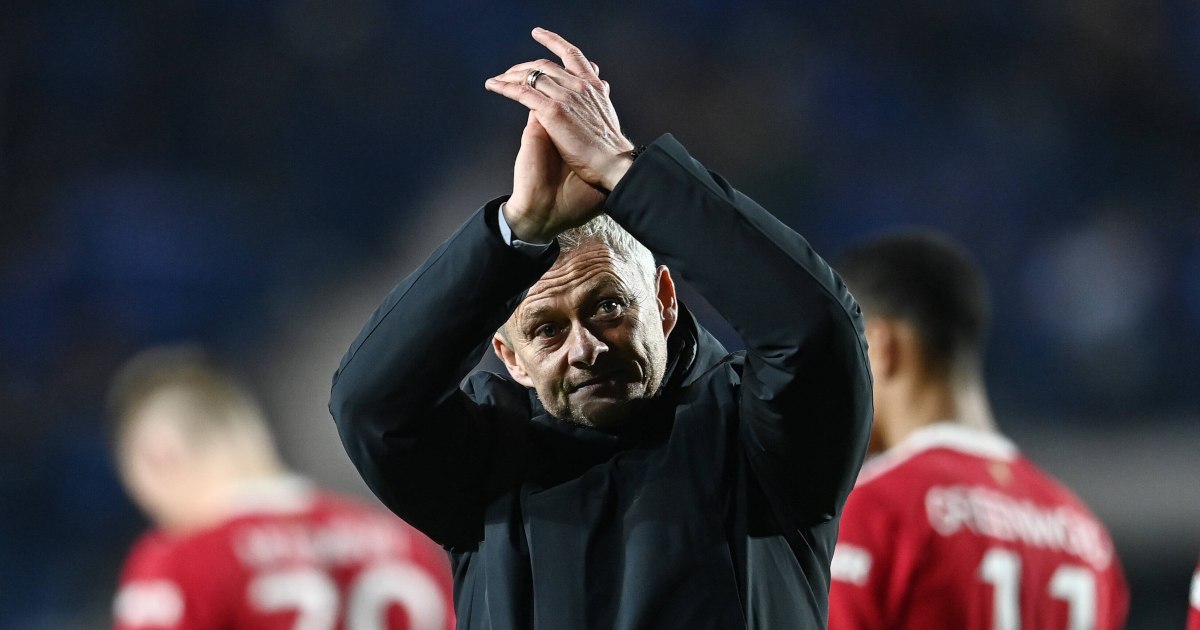 Manchester United drew with Atalanta thanks to a Ronaldo double; we have your mails here. Send your own thoughts to theeditor@football365.com

Ole is the problem, not the solution
There is an overwhelming sense of deja vu after last night’s game. Maguire was beyond awful, Pogba went full Pogba, Ronaldo saved the day and Ole goes back to being under serious pressure – right before the City match. The game was saved despite the manager, not because of him.

Absolutely none of that is remotely surprising or even slightly unusual. That right there is what you’re going to get out of Solskjaer’s United. Week after week, month after month. Tactical confusion, terrible defending, individual shockers and the GOAT rescuing them. He won’t save them against City though, any more than he could against Liverpool. Pep’s team are far too good and they’ll tear them apart.

Can Ole survive being absolutely tonked by Liverpool and City? You’d think not but the board clearly don’t want to sack him. They could have got Conte but he’s off the table now. There’s not a lot else free out there you’d immediately want for the job and that might be enough to save Solskjaer.

But this is as good as it gets. He doesn’t know how to fix this team. Christ knows what’s up with Maguire but he is an absolute liability right now – he shouldn’t be playing. Pogba’s head is in the clouds, he can’t be trusted. Sancho is not adjusting to life at Old Trafford. Would Conte have focused and fixed them? He could scarcely have done worse.

Ole has spent damn near £400 million to put together this side. And he has no idea what formation to play them in and who to play together.

The board want him to turn it around, you can only admire their backing. The crowd want him to succeed to, they’ve done well not to make a bad situation worse. But loyalty, hopes and dreams can only take you so far. And this is Ole’s limit.

He’s not done a bad job, far from it. And he hasn’t tarnished his reputation at the club. *Yet*. But now is the time to put him out of his misery and get someone in who knows what they’re doing.

Make Nagelsmann an offer he can’t refuse. Give Simeone a new challenge. Get Poch out of PSG. But don’t drag Zidane out of hiding though, he offers no more than Solskjaer.

Doing nothing right now guarantees you’ll see this performance again and again. And it’s not good enough. Let him have the City game, wish him well and start fresh with a proper coach.

Ole is the problem and not the solution. And this problem has gone on long enough.
James, Liverpool ( Ronaldo is amazing though)

The real worry for Man United
United are in a precarious situation in their group now, of which the outcome depends not only on them, but on the others results as well.

As third place loomed last night I predicted a saunter through the first two knockout rounds of Europa football, some moderately testing games, and then a semi final as a minimum.

Now qualification to the CL last 16 seems more likely, even if quite unassured, what can be expected? Go through in 2nd, and the absolute worst could occur. PSG and Bayern are likely the scariest options, rubbing their hands together at the thought of 180 minutes against a side that shipped 5 in just 60 minutes against the one true Champions League level team they have faced this season.

United can take small solace from the fact they are kept apart from Liverpool, Chelsea & City in the next round, as the English contingent make up the teams that would most love to play United over two legs right now.

But United could equally get a team not as strong, or finish first. Based on performances against a still not full strength Atalanta (5th at present), Villarreal (13th), and Young Boys (3rd), there could be some rough lessons in play against the likes of Dortmund, The Madrids, or Ajax either.
KC (preferred outcome is a 1-0 aggregate loss to Sheriff)

Raging at Winterburn
I understand this won’t be published but ffs can you please not let that bitter woman comment on United, her one eyed partisan Bullshit when it come to anything Ole related is offensive, I’m not sure what game she watched but the summary she vomited out bear no relation to tonight’s game.
Paul Murphy, Manchester

…… that F365 lead by Sarah W would be so quick to jump on a perfectly decent draw against a side doing well in Serie A and blame Ole for it.

Sorry, but while you’re spinning the ‘Ronaldo saves Ole’ bollocks narrative again – and nicely overlooking that the first was made by Greenwood and the second made even more so by Bruno and others in setting it up rather than some Ronaldo masterclass – Ole actually picked a solid looking team.

Yeah, he’s still trusting his captain, yes he is still trying to find a way to mesh Bruno and Pogba, but actually his calls and subs were good and positive. And Atalanta aren’t some two bit side.

Give it a rest, and start focusing it all a bit more on the players who keep screwing up.

I’m ambivalent on Ole – the next few games will answer the questions on him finally – but your relentless campaign is pretty sick.
Badwolf

CR7 and Ole
It’s impossible for a player of CR7’s quality to limit his team even at 36 – a proper manager would be able to include him and ensure the team still plays to all its strengths rather than be stunted.

As it is, despite him having so many other top class players around him he’s adopting the Le Tiss at Southampton role of being relied on to bail them out with a combination of prolificacy, genius, and essential laziness.

Conte could have had a Tuchel like impact – with bonus of PL still in contention – if Glazers and Woodward had the guts to shoot Bambi.

But they’ll wait for 12-18 months – when Pogba’s gone, the ‘promising young players’ are no longer either, and CR7 is just an occasionally brilliant sub – before they fire him him and appoint some burn out.
Calum, Scotland

6.5 thoughts on United last night
1. Pogba is a liability. End of.

2. Maguire is a liability. End of.

3. Ronaldo is most definitely NOT a liability. End of.

4. If you reluctantly intend to play with 3 central defenders, shouldn’t you replace your injured defender with another defender? When Greenwood came on for Varane, United immediately reverted back to the same old shenanigans for the rest of the match. Not Greenwood’s fault at all, but Ole & Co’s. Was almost as though Ole used the Varane injury as an excuse to go back to the way he wants to play.

5. Eric “save 3, give 1 away” Bailly. If ever there was one individual that sums up all of United right now, it’s him. I’d still have him ahead of Maguire though.

6. Van De Beek caused general havoc in the 10 minutes he was on, was involved twice in the build up to the equaliser, and almost got a winner. Bruno was marked out of the game for the second half, so why didn’t VDB get at least 20-25 mins? Surely he’s even a better option to start than Pogba?

7. Pogba is a liability. End of. (second time for emphasis!)
Jonny

Beat your man!
Watching the United game last night as entertaining as it was, I couldn’t help but notice how predictable the United attack is. How is this possible with the talent within that team going forward but as soon as we get to the 18-yard box the ball is passed backward. Ronaldo’s 1st goal was amazing, quick passing, moving defenders but that type of play is an outlier.

AWB and Shaw rarely made runs beyond our wingers to cut back a cross. United’s wingers were afraid to take on a defender, they want to pass and move, which is fine but mix it up every once in a while. United were missing a Giggs last night, someone brave enough to beat his man, get to the byline and deliver or take on your man and get fouled, relieve to pressure off the team, and win a free in a dangerous area. I thought this is why United signed Sancho!

I felt at the start of the season OGS needed to make a statement with Pogba. Simple question are you signing for Man Utd? Yes/No? if he says No, he should be sent to train alone. This would have given OGS control and respect in the dressing room. I think players like DVB, Lingard, Dalot are looking at a manager who plays a player who doesn’t want to be there, what kind of message is that. Normally when a player is looking to sign a new contract, they play their best football for the best deal e.g. Salah. We certainly cannot accuse Paul Pogba of that.
Paul (MUFC) Dublin

Pogba out
Played him as part of a midfield two – didn’t work.

Played him on the left of a midfield three – didn’t work.

Made him vice captain – didn’t work.

I never want to hear anyone say that Pogba flopping for United is anyone’s fault but his own.

Him and his fat walrus of an agent can both shag off this summer.
James, MUFC

Put your hands up for Maguire
In the age of VAR, why do defenders raise their hands asking for an offside instead of focussing on chasing back?
Aidan, Lfc (seems like a long shot to hope it’ll be flagged by the linesman and the goal won’t count because this stopped you running)