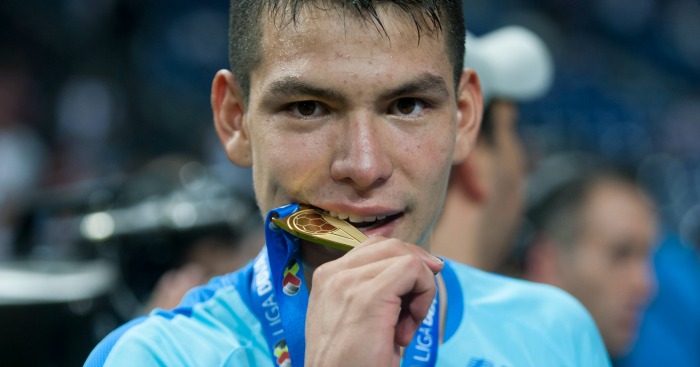 Mexican outfit Pachuca have confirmed Manchester United have made an approach for young winger Hirving Lozano.

The Mexican outfit’s vice-president Andres Fassi has revealed the 20-year-old, who is part of Mexico’s Copa Centenario squad, has been a target for United. Just exactly when the approach was made is unclear, but the move was almost certainly made pre-Jose Mourinho, but the starlet will still be on the club’s scouting radar.

Loazano, who will represent Mexico at this summer’s Copa Centenario in America, has been linked with a number of clubs with Liverpool, PSV, Porto, Real Sociedad and Schalke all mentioned.

Pachuca’s president Jesus Martinez earlier this year admitted that Manchester United had been scouting the speedy youngster, who, despite being right-footed features mainly on the left wing for Pachuca.

The forward has scored 12 goals for Pachuca this season and netted his first senior goal for Mexico in March during World Cup qualification.

“There have been approaches [from Manchester United],” Pachuca vice-president Andres Fassi told Record. “There will be time to focus on the future of Hirving Lozano.

“For several years Pachuca has had great relationships with many teams of England, in Portugal, in Spain, in France, in Italy and in Germany.

“[There] are some agreements that allow the player to go to Europe in the future.”