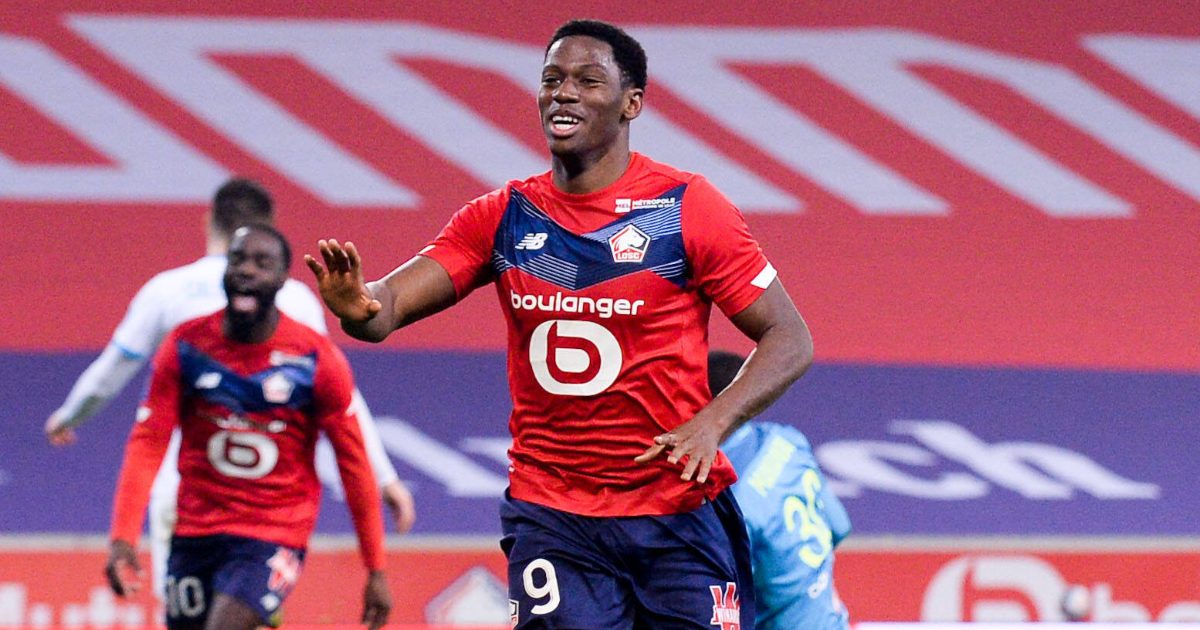 Man United and Arsenal are both interested in Lille’s 21-year-old forward Jonathan David, according to reports.

The Canadian international made the move to Europe in 2018 as he joined Belgian side Gent. He hit the ground running for his new club right away.

The forward became the most expensive Canadian footballer of all time in August 2020. French outfit Lille splashed out €30m to bring him to Ligue 1.

David’s fine form has continued into this term as he has netted eleven goals from his 33 outings for Lille.

His team are currently in the middle of a tense title race, as they sit a point above second-placed PSG at the top of Ligue 1.

Spanish outlet Fichajes, as cited by FourFourTwo, have reported that Man United and Arsenal are keen to sign David this summer. They add Bayern Munich are also interested in the striker.

🆚 Ligue 1 sides Jonathan David has scored against this season

⚽️ David saves his goals for the big occasion…https://t.co/SJa76PDmJ7

Meanwhile, Ole Gunnar Solskjaer has reacted to claims that he has “disrespected” Roma ahead of their Europa League semi-final:

“Of course with Chris (Smalling) being there last season, we followed them and then they signed Chris.

“We’d not watched them (play a match) but of course we’ve analysed them down to the ground since we drew them and we are ready for them.

“It was not meant as any disrespect and I think everyone knows that. I’ve got loads of respect for them.”

Solskjaer also insisted that winning a trophy with Man United as a manager would be a “dream” come true:

He added: “It will be a dream come true the day I can lift a trophy for this club as a manager, of course.

“That’s what we’re building for. We’ve been close, we’re building step by step, but take the next step it’s ifs and buts and this and that. You always talk about that.

“But for this team and myself, our ambition this season is to finish with lifting a trophy and being able to celebrate. I know how much that can mean for a group moving forward.”