Home Cheeky Punt Man United at 13/5? What a price! Cheeky is piling on… 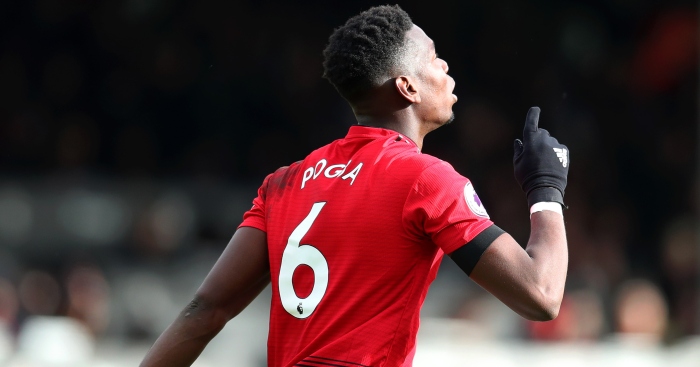 Brighton v Derby
Brighton are usually rock solid at home but there is much to like about this Derby side and in particular young Welsh wizard Harry Wilson. He’s stepped up time and again in big games for the Rams this season so looks a bet at 7/2 to get on the scoresheet at the Amex.
Betting: Wilson to score anytime at 7/2 (Betfair)

AFC Wimbledon v Millwall
The Dons have lost three on the spin since that fantastic win over West Ham and are rooted to the bottom of League One. This screams away win.
Betting: Millwall to win and both teams to score at 7/2 (Betfair)

Newport County v Manchester City
The English champions are as short as 1/25 on in the betting to win this so it would surely rate among the greatest ever FA Cup shocks if Newport somehow downed Goliath at Rodney Parade. If you fancy the shock Newport can be backed at 33/1. To the uninitiated, that means if you put £1 on, you will lose £1. A much better bet is Gabriel Jesus at 3/1 to score first. The Brazilian should get the nod up front ahead of Sergio Aguero and has scored in every round so far.
Betting: Jesus to score first at 3/1 (888 Sport)

Bristol City v Wolves
Brizzle City have won their last nine games so look a huge old price at 18/5 to see off Wolves on Sunday at Ashton Gate. In fact the Robins are actually unbeaten in 15 matches, so please folks jump on this with me. As I ride to victory. Down the isles of Aldi. Wearing nothing but a cheeky grin.
Betting: Bristol City to win at 18/5 (888 Sport)

Doncaster v Crystal Palace
Donny are decent on their own patch so odds on backers (Palace are a 4/7 chance) beware. In fact, your optimism strikes me like junk mail addressed to the dead.
Betting: Draw at 7/1 (bet365)

Swansea v Brentford
Excuse my savage ignorance but why are Swansea bigger than 6/4 here? The Swans have already beaten Brentford 3-2 away in the Championship this season. I think it was Marcel Proust who said ‘The real voyage of discovery consists not in seeking new landscapes, but in having new eyes’.
Betting: Swansea to win at 31/20 (bet365)

Chelsea v Manchester United
Now I know I never preview the Monday night game. That is a given. It’s the ‘Cheeky Punt Weekend Preview’ after all, and the clue is in the f**king title. However I simply cannot pass up napping Manchester United here at 13/5. What a price. Yes they were mugged off by PSG but take that performance out of the equation and they’ve been flying under Mr Solskjaer. Chelsea, quite clearly, have not. ‘Sarriball’, like Ceefax, kerb crawling and trust in online Nigerian businessmen and Princes, is dead. Chelsea’s display against Manchester City was beyond parody! 6-0. And it could have been much worse. And you want to give me 13/5 about an away win? In the immortal words of Jean Paul Satre ‘You’ve got to know when to hold em’, and know when to fold ‘em…’
Betting: Manchester United to win at 13/5 (bet365)