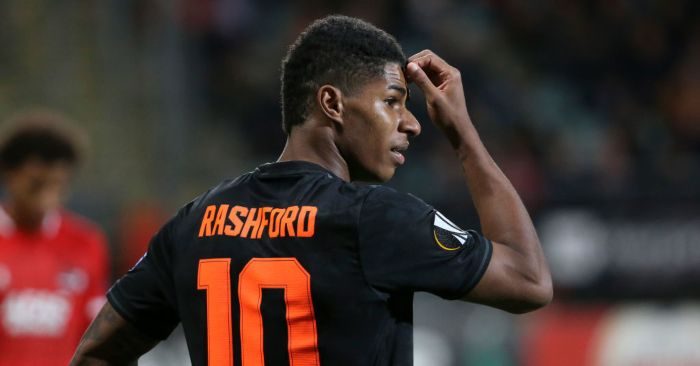 Brighton v Tottenham
Tottenham are in the midst of a worrying slump under manager Mauricio Pochettino, and with those rumours of dressing-room unrest refusing to go away, Brighton could be worth a bet here at the Amex. I could do with a win, truth be told. It’s f***ing scary how there’s 80 trillion pounds in the world right now, and I only have £127.11 of it. By the way, Poch is the new clear favourite in the ‘Next Premier League manager to lose his job’ betting, with his odds slashed from 9/1 to 7/2 after that midweek shellacking against Bayern.

Burnley v Everton
I have precious little faith in Everton doing a job on Burnley here. Three league defeats in a row have left the Toffees down in 15th place, with Marco Silva facing some serious questions over his future. Does he know his best starting XI? Does he honestly see Everton gatecrashing the top six? Are his suits from Matalan? Whatever the answers, I’m not sure Evertonians are going to stay patient with him for much longer, la.

Liverpool v Leicester City
Liverpool’s title odds have been cut after their blistering start but they face a true test of their credentials when former boss Brendan Rodgers brings Leicester to Anfield. James Maddison should be fit for the Foxes, who will be eager to test themselves against a Liverpool defence that is leaking goals. They’ve conceded in five of their seven Premier League matches to date and shipped three against Salzburg in midweek. And in terms of squad depth alone, Leicester are Champions League material. Is this the weekend Jurgen Klopp’s side drop their first points of the season? It just might be you know…

Norwich City v Aston Villa
Two of last season’s promoted teams meet at Carrow Road where preference is for Norwich to scramble to another valuable win. All of their and Aston Villa’s points so far have come on home soil and that could be the deciding factor again here, with Villa having looked quite vulnerable on the road.

Watford v Sheffield United
Charlie ‘I’m just sitting here thinking’ Nicholas fancies Watford to get their first win of the season here. However the Hornets have conceded at least once in each of their last 19 Premier League games, the longest current run without a clean sheet in the competition. So I personally will be steaming into ‘Over 2.5’ goals on the day. Viva Ken Barlow.

West Ham v Crystal Palace
West Ham are unbeaten in their last eight Premier League games against Crystal Palace, while Roy Hodgson has yet to win away against West Ham in six attempts. Evens about the home win? We f**king love to see it.

Arsenal v Bournemouth
Teenage striker Gabriel Martinelli – who tore Standard Liege a new arsehole on Thursday night – looks a frightening prospect. However it will be the tried and tested Pierre-Emerick Aubameyang leading the line against the Cherries. The Gabonese striker has scored seven goals in as many Premier League appearances this season, and it’s just as well as Arsenal have been shipping a lot of goals. The bookies fancy more here, and it’s pretty rare to see ‘Over 3.5’ goals priced up odds on in a Premier League match. Aubameyang scored in both fixtures against the Cherries last season, and with Eddie Howe’s men without a clean sheet this term look for Arsenal’s star striker to cash in again.

Manchester City v Wolves
Tough gig, this, for Wolves, who claimed their first ever Europa League win on Thursday night but could well be feeling the effects of that long trip to Turkey. Since that shock 3-2 defeat at the hands of Norwich, City have responded in emphatic style with five wins on the bounce in all competitions. Yes they are short of defensive cover, and yes Kevin De Bruyne is an injury doubt for Sunday, but does anyone really not fancy them to scoot home here?

Southampton v Chelsea
Che Adams has not really cut it for the Saints to this point and we wonder if Danny Ings might get the call against Chelsea. The free-scoring Blues have had an excellent week having beaten Brighton and then making the trip across the pond to Lille in midweek and winning in the Champions League. With confidence flying, they can edge a mini-thriller here in a game both teams manage to score in.

Newcastle United v Manchester United
Watching Newcastle in the current climate has to be the equivalent of watching your dog being put down. There is no identity under Steve Bruce, and each passing week brings a greater appreciation of just how good a manager Rafa Benitez was/is. Bottom line? It’s already too late if Bruce stays, with the Magpies hurtling towards what would be a third relegation of the Mike Ashley era. Sunday’s game should be fascinating, given that Manchester United have not won away from home in any competition since March and have scored just seven goals in their past nine games. A massive, massive game for two managers. It is either the perfect game for Ole’s mob to find some kind of form, or a Tyneside disaster waiting to happen. We reckons the visiting United will get the job done, but only just.