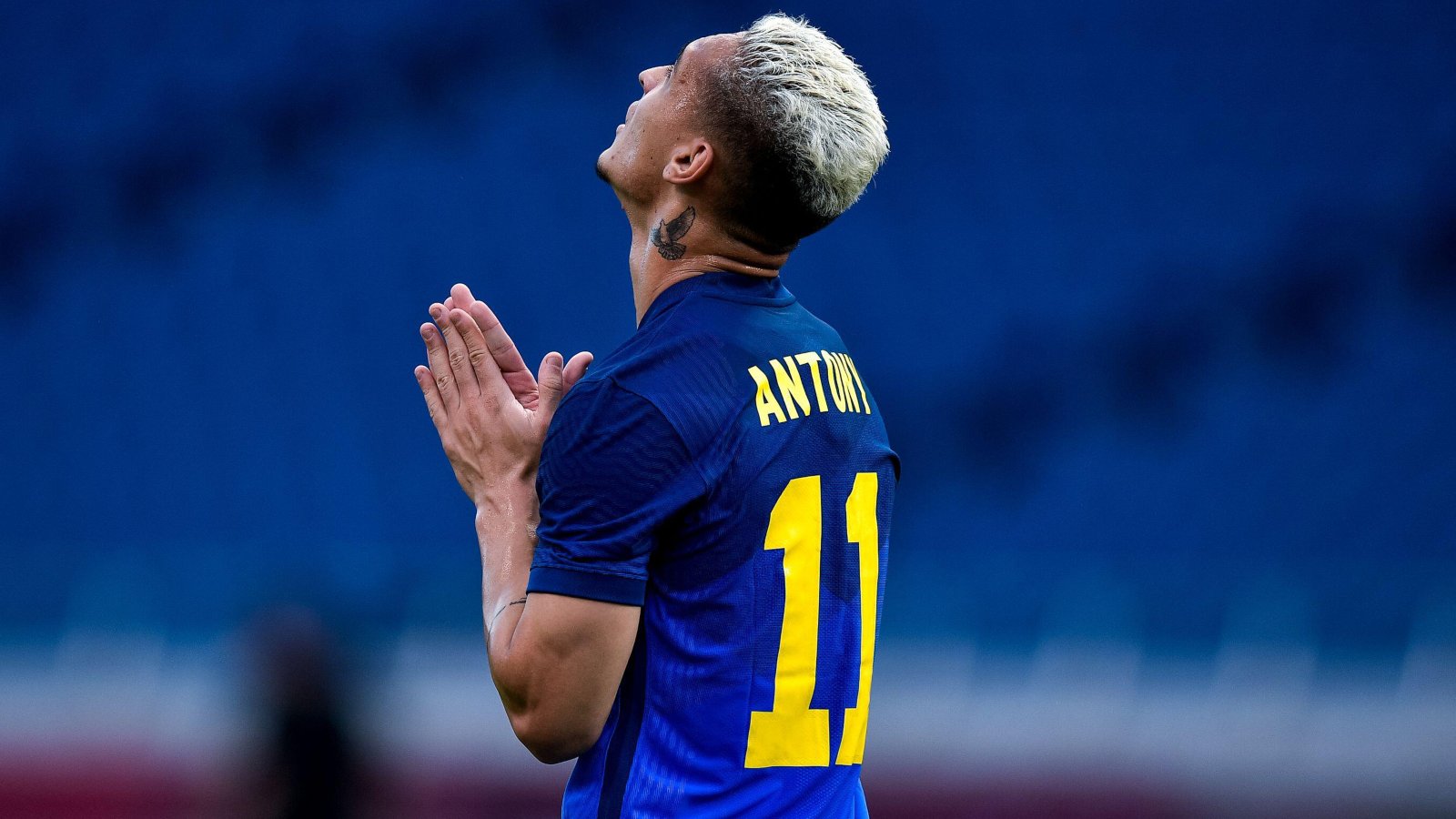 Manchester United have been handed a boost to their hopes of signing Ajax forward Antony this summer after a Premier League swap deal broke down.

The Brazilian – valued at £70m by Ajax – thrived under new United boss Erik ten Hag in Amsterdam and the Dutchman is keen to have the forward to call on at Old Trafford next season.

A report earlier this month claimed United CEO Richard Arnold and football director John Murtough had agreed their top three targets for the summer transfer window, with Antony among them.

‘The pair are in agreement over this summer’s targets, with Frenkie de Jong seen as pivotal to the new manager’s system and Christian Eriksen a no-brainer, given his status as a free agent.

‘They also believe Ajax winger Antony will add another dimension up front.

‘Much of the groundwork has been laid for their business and incomings are now expected imminently.’

De Jong’s arrival at Old Trafford is thought to be imminent, while there is still work to do when it comes to Eriksen, as Everton have also entered the mix for the Denmark international.

The forward’s representatives recently travelled to Europe to discuss the terms of his transfer, but any move rested on Ajax landing a replacement.

The man they want is Tottenham winger Steven Bergwijn, and the Eredivisie side now appear to have a free run at the 24-year-old following the completion of Richarlison’s move from Goodison Park to Spurs, according to Mirror.

It was mooted that Bergwijn could be used in a swap deal for the Toffees striker, but Everton wanted cash only.

And now that Spurs have secured Richarlison, they will be pushing for Bergwijn to leave the club to recoup some of their summer outlay.