Home Mediawatch Man Utd at the ‘Can you imagine Bryan Robson?’ crisis stage 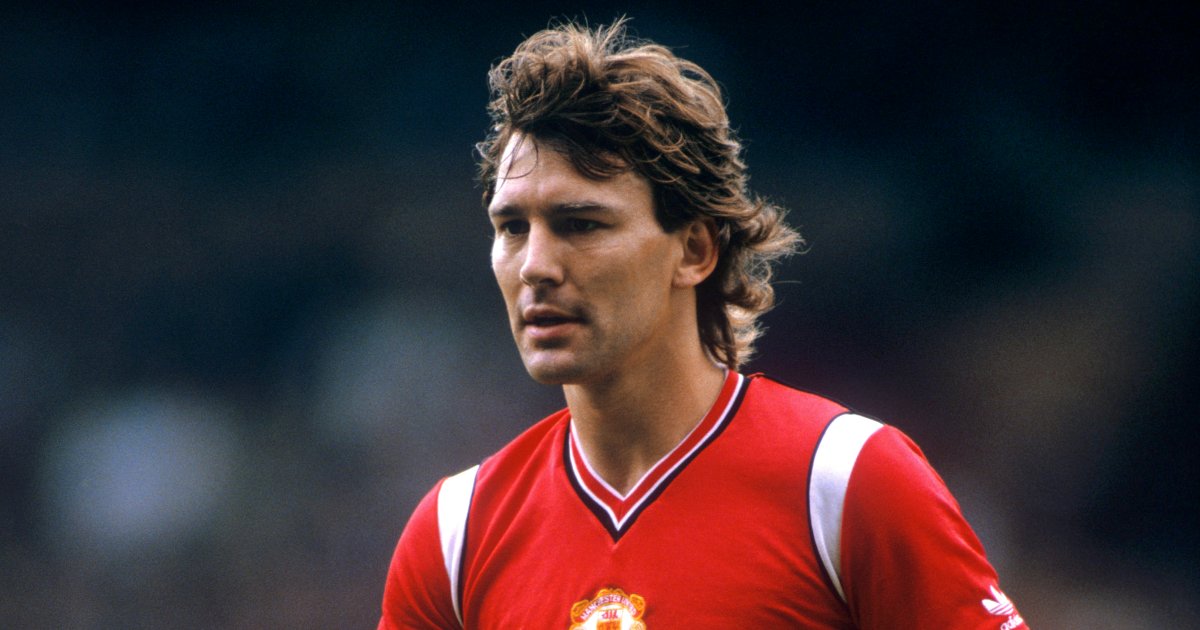 Against modern football
When there are problems at Manchester United (one defeat in nine games), why not reel out an old (Liverpool) man to shout at the clouds about modern footballers and their lack of ‘motivation’.

We use the word ‘motivation’ because that’s one of those uttered by Luke Shaw after Monday night’s defeat to Wolves. And according to the Daily Mirror‘s Brian Reade, that was ‘unintentionally insulting’. Which is one way to describe an interview that could alternatively be praised as honest.

‘That a top international at a club like United feels he and his teammates “need to bring more motivation” to their game is about as damning as it gets.’

Is it balls. This is just another way of saying “they wanted it more”, which has been a staple of football-speak for decades. Treating the word ‘motivation’ as some kind of lobbed grenade is ludicrous. It’s just a word.

‘The fact that it can be casually dropped in as a defence for another woeful performance by the second-most expensive squad ever assembled in English football sums up why United have struggled for years.’

It really doesn’t. That is bollocks. Manchester United have ‘struggled’ (relatively) because of a myriad of reasons taking in mis-management, a muddled transfer strategy, the departure of one of the greatest man-managers to ever grace football and a lack of quality on and off the pitch, but they have not failed solely because a group of footballers have lacked ‘motivation’. That’s the kind of nonsense yer da would say and he’s not paid handsomely for a national newspaper column (we assume).

And where there’s talk of modern football failings there are always examples to roll out of men from the past who would not allow such slips to happen.

‘Can you imagine Bryan Robson, Gordon Strachan and Paul McGrath allowing that to happen during the 1980s? They wouldn’t have been able to walk into the pubs they loved to frequent and face the public knowing they hadn’t left everything on the pitch.’

So much to unpick here. The idea that Manchester United players were never unmotivated during a decade in which they twice finished 11th and rarely challenged for the title is absurd. But less absurd than the idea of a Manchester United team that regularly drank to excess somehow being superior in moral terms to a team that is struggling for confidence and direction.

McGrath in particular was a brilliant, brilliant footballer but an alcoholic who was sold by Sir Alex Ferguson. As he said himself after the retirement of Ferguson: “Sir Alex had a vision for Manchester United that he wanted more commitment from the lads and he thought going out and having a few pints after the game wasn’t a good thing.

“Rightly, he thought the alcohol thing was just not a good image for United and he was right to get rid of the people who were on that track. When he needed to be hard, he was and he was trying to explain to me I was going down the wrong path.

“I wasn’t listening and looking back I’m a bit disgusted I didn’t because I’d have a few more medals.”

McGrath was disgusted with his own lack of professionalism during that period of his life, so are we really claiming that his approach – and that of his teammates during a similarly fallow period in Manchester United’s history – was far better than that of the 2021/22 version because they never publicly talked about their lack of ‘motivation’ and hared around the pitch before going to the pub? Motivation and commitment can manifest themselves in many different ways.

The Manchester United side of 1988/89 won just two of their final 11 games of the season to finish that season in 11th. We’re absolutely sure that Robson, Strachan and McGrath were never asked to explain any of their many defeats in front of a TV camera within 15 minutes of the final whistle. These were very different times. If they had, they might well have admitted that the opposition ‘wanted it more’. And if they had, we might not be reading this nonsense over 30 years later.

Neves say Neves again
Phenomenal level of cheek from The Sun to splash Manchester United’s interest in Ruben Neves on their back page as an ‘exclusive’ when this story has been covered pretty much everywhere in the last couple of weeks, including on The Sun website itself on Boxing Day.

Then they told us that ‘Neves is under contract until 2024 and bids will start at something in the region of £35million’ and now – exclusively, remember – they tell us that ‘SunSport understands United could make an offer of around £35million to lure Neves – a client of Jorge Mendes – away from the Midlands this month’.

Of course they understand; they sodding wrote it less than two weeks ago. Then it was a ‘reportedly’ and now it’s a back-page exclusive. It’s almost like Manchester United lost to Wolves on Monday night.

So how have the Glazers ‘made their stance clear’ without saying a single word? Let’s see…

‘Despite the difficulties being faced, owners the Glazers are believed to have made their stance clear to Rangnick – by telling him he will have funds available.

‘Whilst all eyes are on potential outgoings at Old Trafford in January, The Times report that Rangnick has been told by the club that if he wishes to make signings, he will be backed.’

Well, we clicked the link to The Times article in question and well, there is not one single mention of the Glazers, of January, or of funds. Not one.

Extensive searching brought us to the actual Times article in question, which contains these words: ‘The club have told the 63-year-old German that funds are available if he wishes to replace them with new faces.’

Ah, ‘the club’. Which is apparently entirely interchangeable with ‘Glazers’ in these SEO-led days.

Oh and we are pretty sure that they ‘made their stance clear’ long before a ‘dressing-room crisis’ that only magically emerged the day after the first defeat of the Ralf Rangnick era to Wolves.

One Direction
The honeymoon really is over for Rangnick with Neil Custis writing in The Sun that ‘the home loss to Wolves was the first of Rangnick’s short time in charge but the other five games have been far from convincing’.

Which is odd because Custis himself wrote on December 11 – after one game against Crystal Palace – that ‘the German football philosopher has turned the club around and pointed it in a different direction’.

The club clearly has a turning circle a little smaller than Harry Maguire’s.