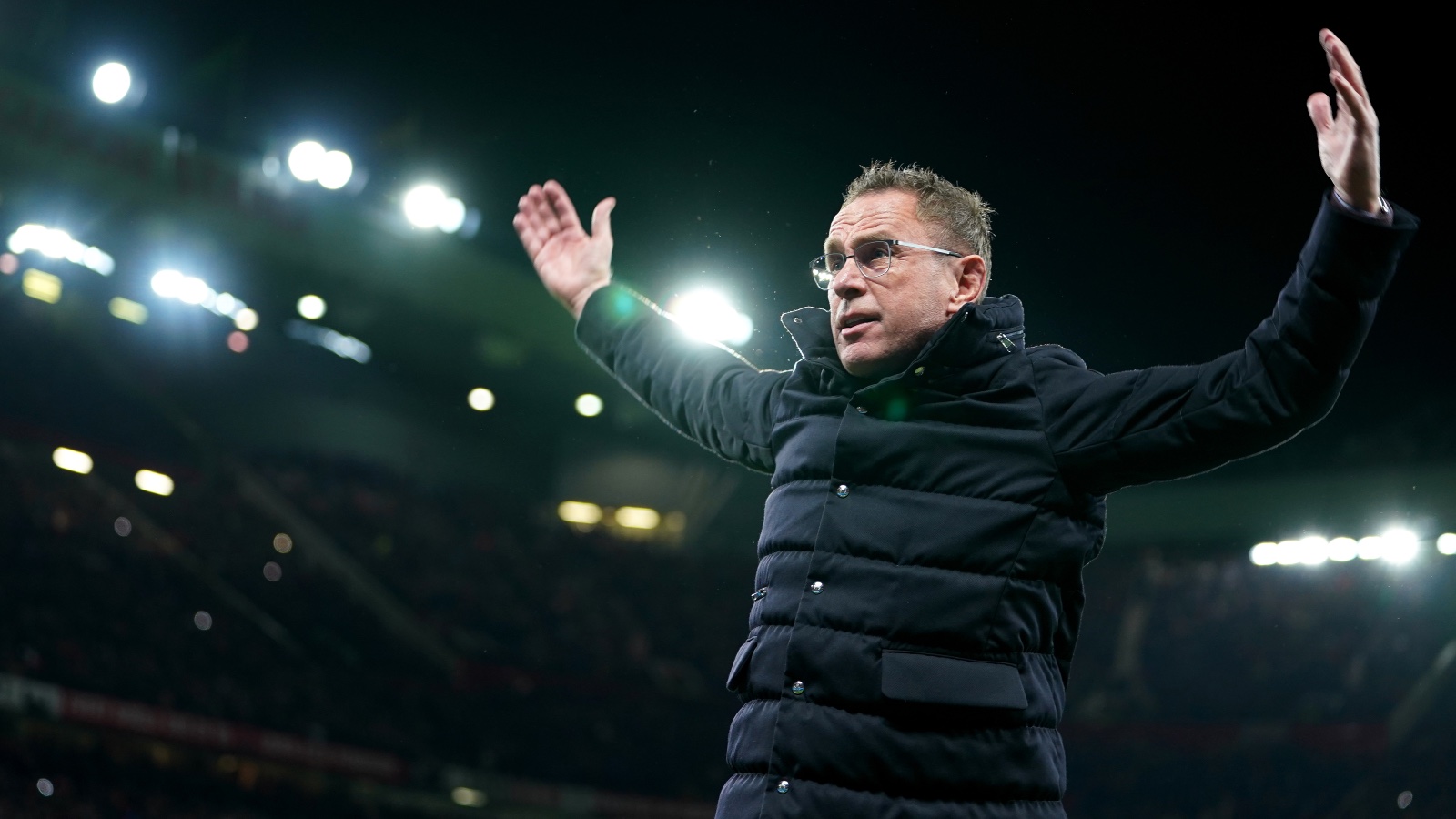 Ralf Rangnick is “hugely unlikely” to become sporting director at Manchester United, as reports suggesting he is heavily involved in the selection of the new permanent manager also discredited.

Rangnick was brought in to steady the ship at United, taking on the interim manager’s role after Ole Gunnar Solskjaer was dismissed.

At the time the United board said the German would then move into a ‘consultancy role’ at the end of the season.

Some reports have suggested Rangnick could instead become the permanent manager, but the side’s continued inconsistency ended those rumours.

It’s understood United’s new CEO, Richard Arnold, was “incredibly open” to the idea of Rangnick being recruited in a dual-purpose capacity, but the 63-year-old’s expertise have so far been limited to coaching the team.

Arnold is still keen to have Rangnick’s “knowledge on tap” until 2024, but suggestions he could operate as a loose version of a sporting director, working closely with football director John Murtough and technical director Darren Fletcher, have been labelled “hugely unlikely”, according to Sky Sports.

Sources said the role is likely to be one in which Rangnick shares insights on innovation and scouting rather than having anything like an equal share of responsibility with Murtough and Fletcher.

It was added that ‘consultancy’ suggests separation and independence.

Rangnick’s tenure has been blighted by several leaks from the club, and United are said to have a “pretty good idea where the briefings are coming from”.

The club are said to appreciate the way Rangnick has dealt with the leaks, opting for honesty in his interviews.

And United have also made clear that despite reports to the contrary, Rangnick is not heavily involved in the decision-making process over the club’s next permanent manager.

Multiple sources admit they would “be surprised if Pochettino or Ten Hag were not at the helm”.

Though one source said that “in an ideal world, Julian Nagelsmann would walk into the club this summer.”