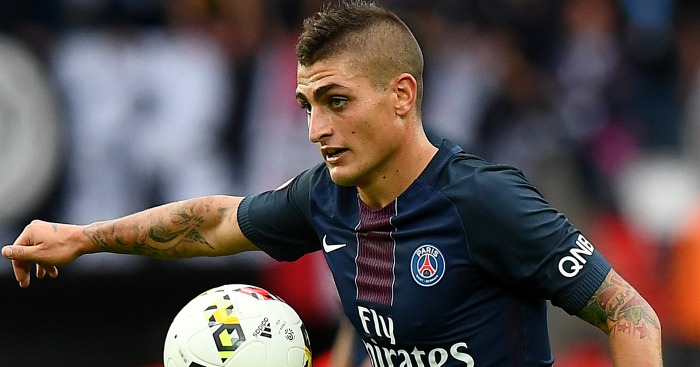 The agent of Marco Verratti admits that the Paris Saint-Germain midfielder’s future is “complicated”.

It emerged last week that Verratti wishes to leave PSG following the club’s failure to win Ligue Un this past season.

We tipped the midfielder as one of ten players most likely to break the £100m barrier first, and Barcelona are thought to be preparing an £88m bid for his services.

Arsenal, Chelsea and Manchester United have also been credited with an interest in the 24-year-old, whose agent appears to have ruled out a return to his native Italy.

“It’s very complicated [to leave], but we have expressed our ideas to PSG,” Donato Di Campli told Sky Italia. “We’re not talking about Barcelona or other clubs, it’s about projects.

“I think I represent a champion and clearly I have questions. To be a champion you have to win.

“If PSG don’t want to sell him, despite offers from all over Europe, then we’d have to examine our consciences in Italy.

“It’s difficult. I think it’s a deal which is still out of the scope of Italian clubs.”