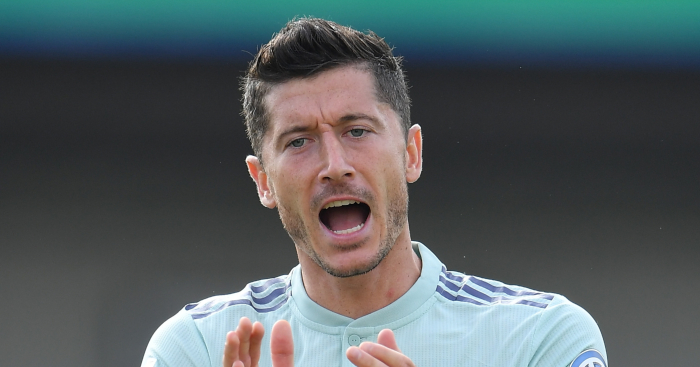 Bayern Munich star Robert Lewandowski has opened up about why he was so determined to leave the club.

The Poland striker was apparently keen on a fresh challenge, with both Manchester United and Chelsea linked with a move, as well as Real Madrid.

His agent Pini Zahavi did confirm that an exit was possible this summer after four years in Bavaria earlier this summer.

He told Sport Bild: “Robert feels he needs a change and a new challenge in his career. The managers of Bayern know about it.

“Robert’s motives are not money or to join a specific club.”

Now, Lewandowski himself has revealed all about his motives to force a move away from the Bundesliga champions.

“In April and May everyone criticised me. And I felt no protection from the club, I felt alone,” he admitted.

“I scored no goals in two or three important games and suddenly everyone was saying: ‘Open fire against Lewandowski!’ I did not see anyone who supported me at the time. Neither of the club bosses defended me. I did not feel good in Munich at that moment. Being at Bayern did not fit for me at that time.

“I noticed that in Munich the fans support me. I realised that they still want me here. I will never strike, never mess with the club. I’m not wasting any thought on another club now.”