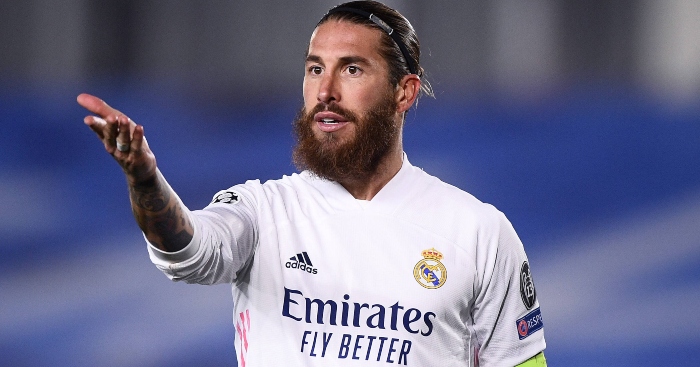 After breaking through with Sevilla, Ramos moved to Madrid in a deal worth around €27m. This became the biggest fee ever paid for a Spanish defender.

Ramos has made over 650 appearances for the Spanish giants since he joined them in 2005. Throughout his time at the club, he has been considered one of the world’s best defenders.

In 2015 he was named Real Madrid captain, as more success followed suit. The defender has won the Champions League four times and La Liga on five separate occasions for Madrid.

The 34-year-old has also led Spain to a World Cup and two European Championships. He has been capped 178 times since making his senior debut in 2005.

Ramos has made 17 appearances for Madrid so far this campaign. Despite playing three games more, they sit a point behind Atletico Madrid who are currently top of La Liga.

Real Madrid lost twice in the Champions League group stage. But they finished top of their group with ten points from their six games.

They are currently negotiating a new deal for Ramos, but they are far apart in their talks.

Spanish outlet Grand Hotel Calciomercato have reported that Ramos wants his wage packet retained, which sees him earn £13.4m per season. He would prefer a deal that would expire at the end of the 2023/24 season.

But Los Blancos are looking to reduce their wage bill as a result of the ongoing COVID-19 pandemic. They are currently willing to offer him £11.1m per season that expires in the summer of 2023.

This hold-up in negotiations has alerted Man United. The report adds that the Red Devils are considering offering him a two-year contract to tempt him away from Madrid.