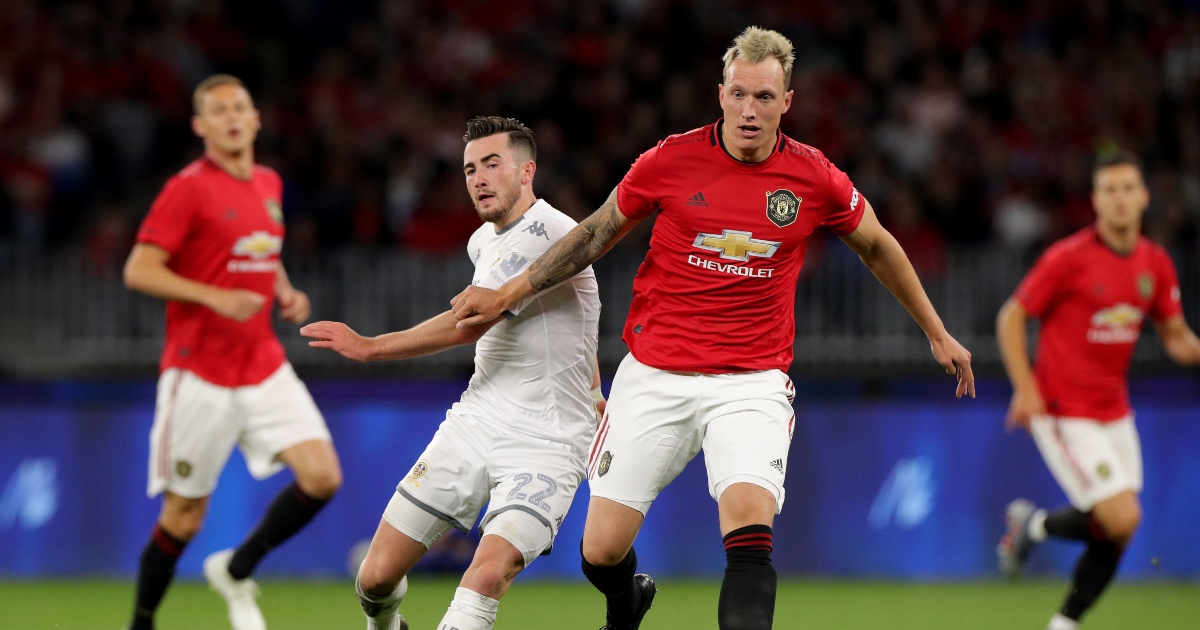 Manchester United defender Phil Jones could make a surprise loan move to the Championship, according to reports.

The 29-year-old missed the whole of last season due to injury and has only recently returned to full fitness.

He was part of the Red Devil’s pre-season training camp in early August. He is yet to be named in a match day squad during the new campaign.

Jones has fallen down the pecking order at Old Trafford following the arrival of Raphael Varane.

The France international was signed from Real Madrid for £41million and will partner Harry Maguire at the back.

Ole Gunnar Solskjaer also has Victor Lindelof and Eric Bailly at his disposal, leaving no room for Jones.

According to 90Min, the Englishman could leave United before the transfer window closes on August 31.

A number of Championship teams are interested in his signature. Fulham are the only side to be named by the report.

The ‘most likely scenario’ is thought to be a loan switch, with United continuing to pay the majority of his wages. The defender earns a reported £75,000 a week.

Premier League sides Newcastle United and Watford have also been linked as they eye defensive reinforcements.

“He’s taking up a youth team player’s position in that squad right now,” Ferdinand said. “He’s had too many injuries… I was in the same team as Phil Jones, he came from Blackburn as a young kid, everyone was saying he was going to be this great player.