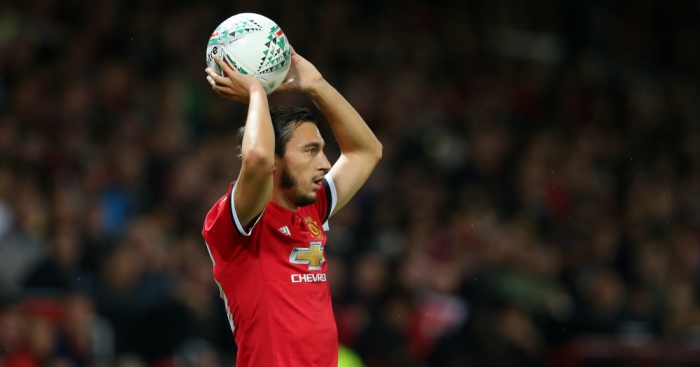 Matteo Darmian admits he wants to leave Manchester United with Jose Mourinho open to the idea of the full-back’s sale.

United boss Mourinho said on Wednesday that the Italy international could leave Old Trafford “but not at any price”.

The 28-year-old, who has struggled to cement a starting place since joining from Torino in 2015, then confirmed his intention to seek a new club.

Speaking to a number of national newspapers, Darmian said: “I want to play more regularly. Last season, I didn’t play much, that’s my objective and my ambition.

“That’s why I spoke with the manager and also with the club about my future. I want to leave but we will see what happens because we don’t know.”

Darmian, who started just five Premier League games last season, has been linked with a return to Italy.

When asked if Serie A would be his preferred destination, he said: “It’s an option. Yes, probably.

“We will see what happens. Honestly, I’m waiting. If I stay, I stay and I do what I did up until now. If I go, it is because the offer that another team makes will be good.”

Darmian’s potential departure could leave Mourinho short of a right-back ahead of the new season with Antonio Valencia and new signing Diogo Dalot both injured.