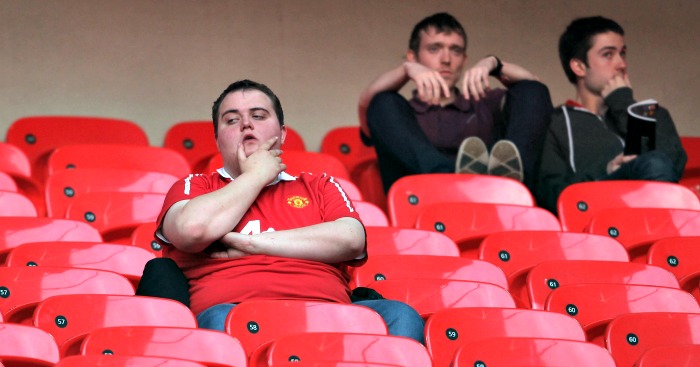 The Manchester United Supporters’ Trust (MUST) has blasted Sky Sports after the club’s game with Everton was moved at short notice.

United had originally been confirmed to face Everton on Saturday, October 27 at 12.30pm.

But the decision to move Tottenham’s home game with Manchester City from a Sunday afternoon to a Monday night slot left a gap on Sky’s schedule.

Sky have opted to fill that space by moving United’s trip to Everton to Sunday, October 28 at 4pm.

There was no supporter consultation ahead of the decision, which will leave many struggling or simply unable to change travel plans at such short notice.

As a result, the MUST has demanded that Sky and the Premier League ‘commit to full financial compensation for any financial loss or additional costs incurred by supporters of both teams’.

‘Yesterday’s announcement by Sky, changing the date of the Man Utd v Everton fixture from its previously confirmed TV slot on Saturday 27th October to their now vacated Sunday afternoon slot, is nothing short of naked commercial opportunism at the expense of match-going fans,’ the statement read.

‘The decision shows no regard for the many supporters who have made non-refundable travel arrangements following publication, on 7th August, of the confirmed October fixtures after changes for TV.

‘It appears to be too late to reverse this unwarranted late change which has affected so many loyal supporters. We therefore call on Sky and the Premier League to commit to full financial compensation for any financial loss or additional costs incurred by supporters of both teams.

‘We are seeking urgent dialogue with the broadcasters and the Premier League to address this specific issue and to establish new principles and processes to take proactive account of  match-going supporters to prevent any recurrence of this regrettable issue. We are also in conversation with our own club to seek their support in these actions.’