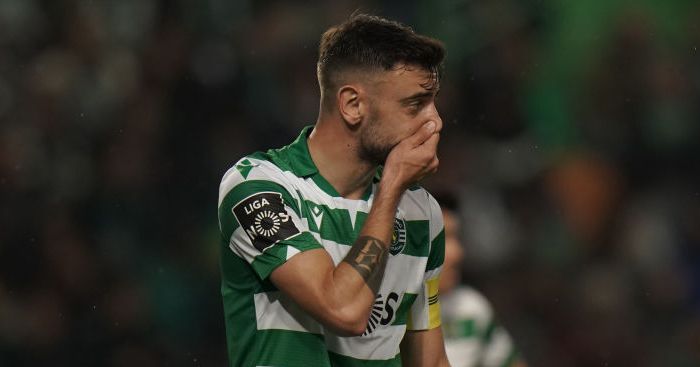 Fernandes has emerged as United’s primary winter target as Ole Gunnar Solskjaer seeks mid-season reinforcements to strengthen his bid to qualify for the Champions League.

But United have been left ‘baffled’“> by Sporting’s reported decision to raise Fernandes’s value slightly during negotiations.

United, unwilling to go much higher than the £38m Tottenham apparently bid in the summer, are certianly ‘reluctant’ to increase their offer to the £68m Sporting are demanding.

The London Evening Standard say United ‘fear’ the consequences of giving in, as it could ‘significantly inflate’ the prices of summer targets James Maddison and Jadon Sancho.

Maddison is the name used by many outlets as an example of why United do not wish to ‘over-pay’ now, with the Manchester Evening News and the Daily Telegraph also referencing the Leicester midfielder.

Reports in Portugal, unencumbered in comparison with British outlets who repeat verbatim whatever United leak to them, suggest that the two clubs are far apart in their valuations but make no mention of Sporting raising their demands.

Who could possibly have envisaged United making excuses to cover up their transfer failures (and the national media happily regurgitating them?).