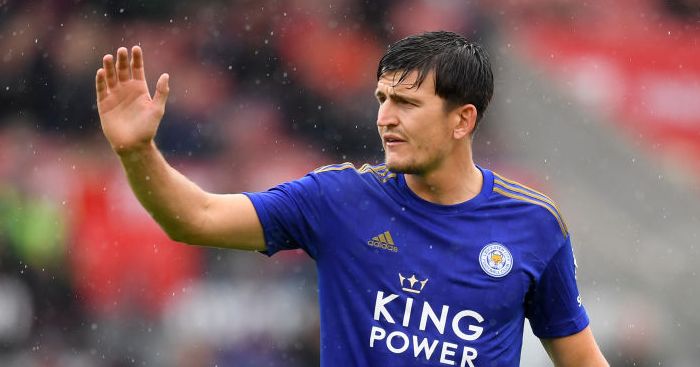 Manchester United have agreed an £85million fee with Leicester for centre-half Harry Maguire.

Maguire was earmarked as United’s priority signing this summer after the arrivals of Dan James and Aaron Wan-Bissaka.

Leicester set their stall out early, demanding a world-record fee for a defender of at least £80m.

United were reluctant to match that figure however, offering around £70m, with Manchester City bidding £60m.

But Ole Gunnar Solskjaer’s side have relented with less than a week of the transfer window remaining, and the Daily Telegraph report that the move was ‘completed’ on Friday morning.

It could cause irreversible damage to the 26-year-old, but ‘the two clubs reached agreement on terms’ of a ‘basic’ £85m, plus around £5m more in add-ons.

Personal terms with the player have yet to be agreed but are unlikely to prove too troublesome, and Maguire ‘is expected to complete a medical at the club at the weekend’.