Home Brighton Man United v Brighton: Can Seagulls do a Leicester on United? 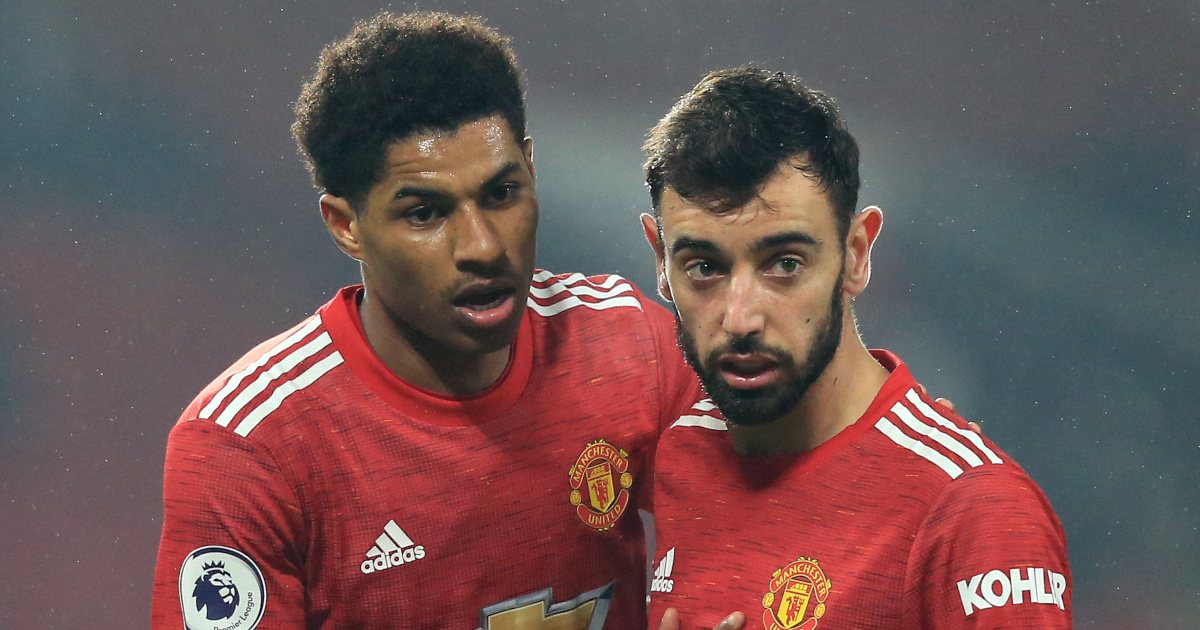 Tactical pattern
The last time these sides met in the Premier League, Manchester United won 3-2, Brighton hit the woodwork three times, and the teams shared an xG of 4.56. There is every reason to believe Sunday’s game will be just as open and entertaining, with Graham Potter’s belief in expansive and confrontational football opening up the United defence – and leaving space on the counter-attack.

Successive league wins, against Southampton and Newcastle, mean tails are up at Brighton. In a 3-5-2 formation they seek to play through the lines aesthetically, fanning out to create passing triangles, which will cause Ole Gunnar Solskjaer’s side plenty of problems through midfield (where United are weakest and Brighton strongest). But as in the 3-2 in September, the pace of Marcus Rashford should pull this game from end-to-end, creating two stretched formations and lots of goalmouth action.

Key battle zone
Man Utd’s central midfield was static and flat-footed in the defeat to Leicester City, building on a developing theme under Solskjaer. This is problematic ahead of the visit of Brighton, who could overwhelm them in this area now that Adam Lallana is controlling the game from a deeper midfield position alongside Yves Bissouma (and with Leandro Trossard dropping intelligently into the number ten space). Brighton simply look stronger on and off the ball in central midfield.

However, Brighton’s propensity to spread high and wide in search of elegant possession football can leave them exposed in the transition, especially in midfield areas that Bissouma is unable to cover. Should Solskjaer start both Paul Pogba and Bruno Fernandes, this could become a major problem for the visitors. This match will almost certainly be defined by the extent to which Brighton can wrestle control of midfield.

Keep an eye on… Rashford’s pace on the left
Marcus Rashford’s brilliant solo goal back in September came from a simple through ball in behind that exposed just how easily Brighton can be counter-attacked. Rashford’s pace will again be a prominent feature, particularly considering Potter has taken to fielding Pascal Gross at right wing-back. He was very good in the 3-0 defeat of Newcastle United, but Gross isn’t exactly reliable defensively, and with the wing-backs expected to sit high up the pitch, Brighton might be in trouble.

Ben White and Lewis Dunk, leaning across to cover the flank, are unlikely to possess the dexterity to cope with Rashford, particularly if he is supported by Anthony Martial or Daniel James when United counter-attack. Solskjaer’s side are frequently defined by their counters, and nobody is as open to being countered as Brighton. United fans can expect at least a couple of goals.

One to watch… Danny Welbeck
The former Manchester United forward scored his third league goal of the season in Brighton’s last match, but more than that Welbeck looked rejuvenated as part of a front two alongside Neal Maupay. The 30-year-old’s ability to drop off and support Trossard will be crucial in overwhelming the United midfield, while his tandem runs into the penalty area will be just as important.

United’s defence proved to be highly vulnerable to a two-striker system in their 3-1 defeat to Leicester City. Kelechi Iheanacho and Jamie Vardy pulled Harry Maguire and Victor Lindelof out of position, which is something Potter will be aiming to do in his new 3-4-1-2 formation. The tactical similarities between Leicester and Brighton through March will set off alarm bells at Old Trafford.