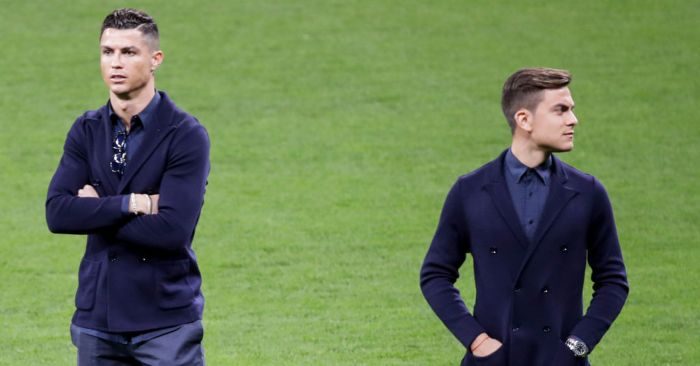 Manchester United have received ‘a resounding endorsement’ from Cristiano Ronaldo in their race to sign Paulo Dybala.

United have emerged as potential suitors for Dybala this summer in something of a swap deal involving Romelu Lukaku heading to Turin.

But the ‘greedy’ b*stard’s wage demands have seen the move stall as the Argentine contemplates his future.

It would be the perfect signing for United but Dybala’s reluctance is understandable, given that he would be sacrificing at least one season of Champions League football.

Trying to figure out what the f*** Juventus are doing even contemplating the deal is difficult, but any reservations might have been alleviated by advice from teammate Ronaldo.

The Daily Mail say that Dybala asked for the Portuguese’s advice and was told that it was at Old Trafford where he became a ‘champion’.

Ronaldo ‘approved’ of the move and gave United ‘a resounding endorsement’ as ‘one of the strongest voices at the club’.

‘Ronaldo’s seal of approval will help quell any feelings of doubt held by Dybala,’ report the Mail. They add that the forward ‘is now ready to accept United’s offer’.