Man United are briefing about a 'good window', two months after they signed Jadon Sancho. 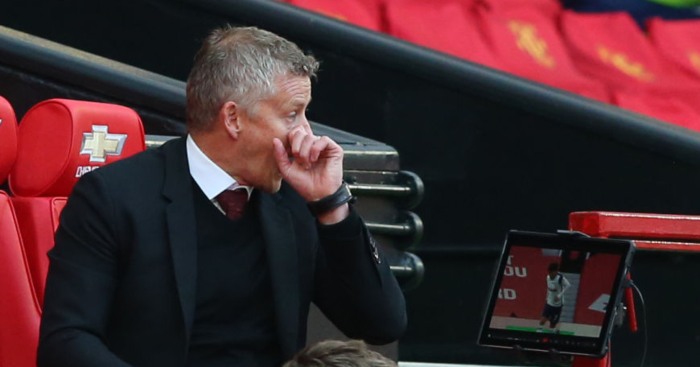 Can you feel the force?

We promise we will only do this one more time, but let’s enjoy again Neil Custis of The Sun bringing Manchester United fans the news they wanted to hear on August 3:

‘MANCHESTER UNITED are close to landing Jadon Sancho in a record £110million deal.

‘But United will not be bullied into meeting next Monday’s deadline set by Borussia Dortmund to sign the English superstar, 20.

‘There has been a breakthrough in negotiations as the Red Devils have forced the Germans into accepting staggered payments, with £70m up front.

They had literally ‘forced the Germans’ to accept just £70m and they were not going to be ‘bullied’. This was not transfer business, these were war reparations.

Except, well, none of that was true, was it? As The Athletic have written after the closure of the transfer window with Sancho inexplicably still a Borussia Dortmund player:

‘Essentially, United did not believe Dortmund would stay firm on the price-tag of €120 million or their deadline of August 10, embarking on a long-running game of poker without realising that the Bundesliga club weren’t even at the table.’

And that game of poker was largely played out in the English media, with Custis more than happy to hold United’s cards, which we presume is entirely unconnected to his old colleague Neil Ashton being employed by Manchester United in a PR capacity.

Now, in October, Custis writes about ‘a fruitless quest to land one of the brightest young stars in Europe’ as if he had not basically announced his signing in August.

Apparently, ‘the days when United clicked their fingers and clubs simply laid down and had their tummies tickled are long gone’. Long gone? You claimed that Borussia Dortmund could be ‘forced’ to accept about 65% of their asking price just two months ago.

It took only two weeks for that to be forgotten, with Custis writing on August 13 that Dortmund ‘have rejected an offer of £70m rising to £110m based on achievements’. Oh, all that ‘forcing’ came to nought, then?

It was said that Sancho ‘is under increasing pressure from Borussia Dortmund to make a public statement devoting himself to the club’. Except he wasn’t, was he? Everything was absolutely fine in Dortmund. They had simply set a deadline that Manchester United had missed.

Then on September 2, we were told that United ‘will not give up on Jadon Sancho until the England star publicly admits he wants to stay at Borussia Dortmund’. Which is just weird. Oh and…

‘United have since turned their attentions to Donny van de Beek who is signing this week in a £40m move from Ajax.

‘They are also close to signing a centre-half and looking at a left-back.’

Hmmm. That never happened, did it?

‘While they want Sancho they know they have a strong front four of Bruno Fernandes in behind Mason Greenwood, Anthony Martial and Marcus Rashford.

‘The club still has trust in former Swansea winger Daniel James coming good as well while striker Odion Ighalo remains on loan at the club until the New Year.’

Fast-forward a month and United have given James and Ighalo a combined 55 minutes of Premier League football. And they have panic-bought a 33-year-old striker who has barely played any football in the last two years.

Maybe, just maybe, they should have actually paid the asking price.

Even Custis could not parrot the official Manchester United line, as reported by Chris Wheeler in the Daily Mail:

‘United believe it has been a good window and one that has not altered the club’s core values.’

Chris Wheeler’s Daily Mail colleague Ian Ladyman is putting the blame largely on Manchester United’s players for their poor form, with the headline of ‘United’s stars must work harder or it will cost Ole his job’. They really must.

He laments that ‘one defeat is not immediately forgotten or learned from. Too often one quickly leads to another and then misery sets in.’

‘It suggests that too many players are mentally unable to deal with the natural up and down rhythms of a long season and that when the dark days arrive, their manager does not have the experience of man-management – the know-how to help them through.’

For a start, this season is anything but ‘natural’. But do we think that David De Gea, Harry Maguire, Paul Pogba, Anthony Martial, Nemanja Matic and Luke Shaw – all mentioned by Ladyman – are all somehow mentally weak? All of them? That would be quite the coincidence.

Is it not slightly more likely that these players are not coached with any kind of steadfast tactical plan so that when things start going wrong, they have no answers? Or are we really sticking with the idea that they are all ‘mentally unable to deal with the natural up and down rhythms of a long season’?

‘Great teams have stellar days but relentless predictability and reliability is what underpins them,’ writes Ladyman with apparently no awareness that his words are literally centimetres away from Dominic King’s post-mortem of a 7-2 mauling suffered by champions Liverpool.

The last line is just lovely:

‘The players need to work harder and think smarter. If they don’t, it will eventually cost their young manager his job.’

He’s 47. And some of it just might be a little bit his fault.

Perv of the day

Mediawatch is nostalgic for an era when ‘meet’ did not mean ‘look at bikini-clad pictures of’.

Parting of the ways

You might think that a buy-out clause is the perfect way to ensure a uniformity of transfer fees across the board, and yet Thomas Partey’s buy-out fee (reported as £45m everywhere else) is reported as £52.5m on the back page of the Daily Mirror. But what’s £7.5m between friends? Or between Arsenal and Atletico Madrid, who are absolutely not friends.

Message in a mirror

Over at the Mirror website, there are always clicks to be found in ‘messages’.

That’s an awful lot of ‘messages’ without any messages actually being sent.

“Excited to be back on the pitch and defend the colors of Hertha BSC! Let’s go!”

A ‘rather subtle jab’, indeed.

All of the Athletic staff on the Jadon Sancho pursuit

David Squires on anarchy in the Premier League