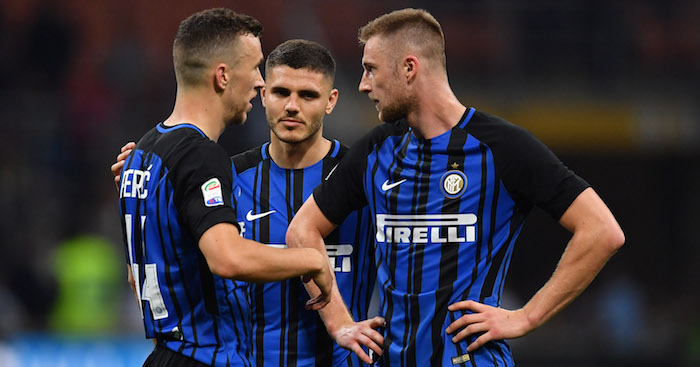 Manchester United have seen a €65m bid for Inter star Milan Skriniar rejected, according to reports in Italy.

La Gazzetta dello Sport claim that Manchester Unite have Skriniar towards the top of their eight-man shortlist of central defenders, and made a bid last week.

Barcelona and Manchester City have also recently been linked with a move for the Slovakia international, but Inter will reportedly fail to entertain any offer.

Inter signed Skriniar from Sampdoria for €23m last summer and has seen his value rocket to an incredible €80m.

“The transfer market? I don’t know the market and I don’t even talk about it, maybe Barcelona or other clubs are interested in me, but again, I’m not interested in this,” Skriniar said recently.

However, the latest reports suggest that Mourinho has turned to Skriniar after moving away from Toby Alderweireld.

Seeing reports that Inter has rejected a €65m offer from United for Skriniar. If VvD is worth £75m, it's simply going to take a massive offer to lure them into a sale.

Without a doubt he's top 3 in the world and I'd pick him over any other if given the chance pic.twitter.com/dgESZIIjW8