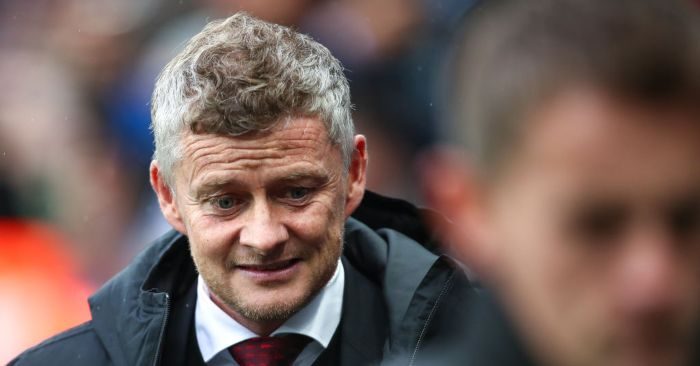 In times like these, it is not necessarily misplaced passes or wayward shots that encapsulate the mood and the struggle, but inexplicable moments. Think Harry Kane or Phil Jones taking corners, Jose Mourinho picking fights with club physiotherapists or Steven Gerrard’s bemused reaction to the substitution of Fernando Torres during a 1-1 draw against Birmingham in the final days of Rafael Benitez’s reign.

Perhaps this game will be looked back on in a similar vein. The cross that was hung up at the back post for Juan Mata; the decision of Ashley Young to pass instead of shooting from six yards out when played clean through; Ole Gunnar Solskjaer’s introduction of Marcos Rojo for his first change with the scores level after an hour. This is a bemusing chapter in the long and storied history of Manchester United.

Is it more damning that summer target Sean Longstaff created more chances (4) than their two central midfielders, three attacking midfielders, one centre-forward and three substitutes managed combined (3), or that his teenage debutant brother shone and scored the winning goal? Is it more embarrassing that their conquerors lost 5-0 last week or had not won a home league game since mid-April? Is it more humiliating that they are 15 points behind Liverpool or two clear of the relegation zone?

This looks like a side managed by someone sacked by Cardiff, who signed players from Leicester (five points clear), Crystal Palace (five points clear) and Swansea (would probably be five points clear) this summer, precisely because it is. That Harry Maguire, Aaron Wan-Bissaka and Daniel James have been among the shiniest shites this season is a further indictment.

It could be worse. Sorry, *worst*.

Losing to Steve Bruce would, ordinarily, be the final straw of a recent deluge to weigh too heavily on this weary camel’s back. The 58-year-old had faced United 21 times without winning in the Premier League. Only once before one of those meetings had the points gap been shorter than the four that separated Bruce and his former side before this game.

Then, it was Birmingham’s excellent start in October 2003 that bridged the chasm to two points. Then, it was United who put them back in their place with a resounding 3-0 win. Now, it is United being dragged down to this level. Now, it is United seemingly reaching rock bottom before unfathomably continuing to excavate.

Even David Moyes, emerging from one of his lowest ebbs in December 2013, beat Bruce. “There’s a lot to do but we’ll keep at it,” the Scot said at the time. “I believe we can be in the mix and challenge whoever is near the top.”

Solskjaer could barely suggest United will finish in the top six now with a straight face. The top half seems a little fanciful. If Moyes was sacked within four months, the current incumbent would do well to last two.

There is sympathy for Solskjaer, promoted to a position beyond both his dreams and his acumen. But there is a reason this job came along at the time it did. United were in a complete disarray that a Treble tribute act could postpone only temporarily. Cracks were papered over but the foundations have been crumbling for some time.

Put in charge of a project destined to fail is one thing, but Solskjaer has fallen short of even the barest minimums during his reign. He looks out of his depth, over his head and submerged by the sheer scale of mismanagement. When the only argument not to sack him is that a replacement is not obvious, his days are surely numbered.

He started Fred, not the Glazers. He started Andreas Pereira, not Ed Woodward. He started Juan Mata, not Mourinho. He harbours a reputation for playing youngsters, he gave 28 combined minutes to Mason Greenwood and Tahith Chong, and he can no longer be absolved of blame. He is not the main problem, but he has become part of a smaller subset of issues.

United, as it is, are 200/1 to be relegated. It won’t happen, of course. But it does bring to mind the words of Mourinho at Chelsea – “I accept we are [near] the relegation zone but I don’t accept we are in a relegation battle” – and Roy Hodgson at Liverpool – “I am not going to think too much about relegation with 31 games left to play and I am absolutely convinced Liverpool will not be in the bottom three at the end of the season”. That United are even part of such a conversation is a sign of the times.