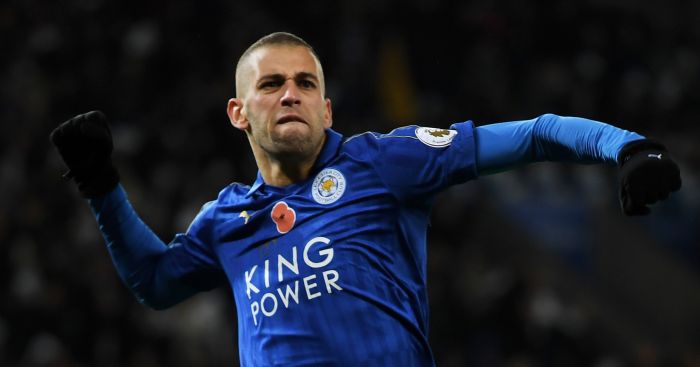 The infernal Man United January search for a striker has been absolutely hilarious.

The club sold themselves short in the summer, letting Romelu Lukaku and Alexis Sanchez go without signing a replacement. Thus they started this month fully aware they needed attacking reinforcements, and that was before they lost Marcus Rashford to an injury they themselves exacerbated.

But this past week has been particularly bizarre: a journey that has taken them from Argentina to China, with a random detour to Turkey in the middle, a plea for “someone who will break their nose to score a goal” and more than half of the world’s population linked with a move to Old Trafford – and then there’s those who want to find the UK bookmaker for you, because in some weird obscure world, United will win the PL title again in the near future.

FRIDAY – Odion Ighalo (30, Shanghai Greenland Shenhua) and Islam Slimani (31, Monaco/Leicester)
‘Odion Ighalo and Islam Slimani are two of a number of players Man United have looked at as they try to bring in a striker on loan following the long-term injury to Marcus Rashford’ – Sky Sports.

SATURDAY – Edinson Cavani (32, Atletico Madrid)
‘El Matador refused an offer from Man United. Atletico therefore seems to be the big favourite for this transfer, even if the showdown with PSG and Leonardo is far from won’ – Foot Mercato.

MONDAY – Jean-Kevin Augustin (22, RB Leipzig)
‘”I did quite a lot of digging around this and have established that a number of clubs were interested and keen to sign him [Augustin]. And one of them was Manchester United”‘ – David Ornstein, The Athletic.

TUESDAY – Maxi Gomez (23, Valencia)
‘Pending the signing of a sports director, incorporation that the entity of Old Trafford intend to announce during the month of February, Ole Gunnar Solskjaer has prepared a list of priorities for the next season’s squad. One of the names on that list is Maxi Gómez’ – Cadena SER.

‘Danny Ings was the subject of an inquiry from Manchester United in the club’s January window search for a Premier League proven goalscorer who could hit the ground running – but Southampton have been clear he was not for sale’ – Daily Telegraph.

Other interested clubs: Plenty in Mertens. The rest? Erm…