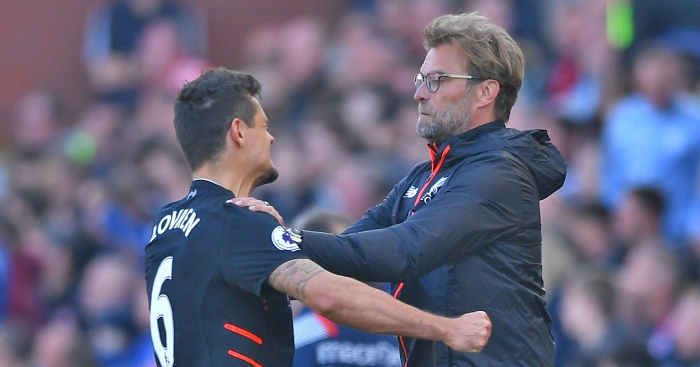 Jurgen Klopp “killed” Dejan Lovren by substituting him early in Liverpool’s defeat to Tottenham, according to Peter Schmeichel.

Liverpool slipped to a comprehensive 4-1 defeat to Tottenham at Wembley, with the hosts the better side by far. Find out in 16 Conclusions.

The game was littered with individual defensive mistakes by Liverpool players, with Lovren chief among them.

The Croatian was at fault for Tottenham’s two opening goals, and was substituted after just half an hour.

Klopp issued a defence of sorts for that call after the game, but Manchester United legend Schmeichel laid into the German.

“It’s very important to underline that he never said anything to him and he’s killed that player,” Schmeichel said, literally accusing another man of murder.

“And in fact it hasn’t helped, they are still defending like it’s their first time ever….

“The way they defend today and have been defending all season is naive and Jurgen Klopp needs to take responsibility.

“What he’s done now is put all of the responsibility on to Lovren. He will now be in the headlines for this, and that’s really unfair. It should be the manager.”