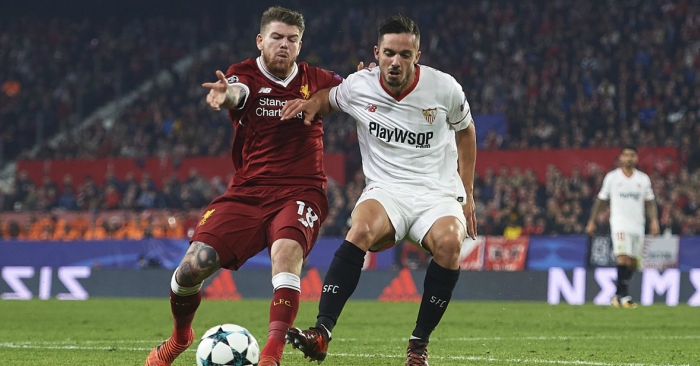 Alberto Moreno performed poorly against Sevilla because he was too keen to impress, according to Rio Ferdinand.

Moreno was culpable for two of Sevilla’s three goals in their comeback draw against Liverpool on Tuesday.

The Spaniards recovered from a three-goal half-time deficit to salvage a crucial Champions League point.

Moreno, who left Sevilla for Anfield in 2014, lost his man for the first goal and conceded a penalty for the second.

But former Manchester United defender Ferdinand sympathises with the left-back, who was under “pressure” to perform against his former club.

“The one thing I’d say about Moreno is he has gone back to his old club and that can be difficult for [even] the biggest players on the planet,” Ferdinand told BT Sport.

“It brings an expectation. You’ve got to show why you were so good to get the move to Liverpool. That can bring a pressure in itself.

“I’m trying to make excuses for the young boy but he has been susceptible to mistakes for the last couple of seasons.”