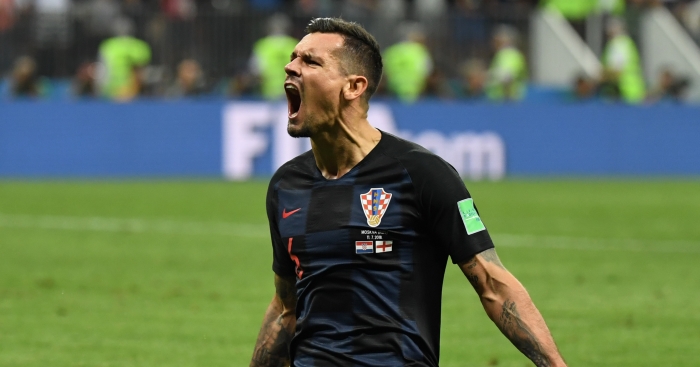 Peter Schmeichel believes Dejan Lovren “got a little bit ahead of himself” before the World Cup final.

Lovren played the full match as Croatia were beaten 4-2 by France on Sunday.

The Liverpool centre-half crowned himself “one of the best defenders in the world” after helping his nation beat England in the semi-final earlier in the week.

But he has now lost both the Champions League and World Cup finals in the same season. He is basically the modern-day version of the 2006 Thierry Henry.

“One of the big things through the past week has been the statement from Dejan Lovren, who’s come out and done this ‘Hey look at me I am a really good defender. You all criticised me, but in fact I am one of the best defenders in the world,” he told Russia Today.

“That is a very bad idea to say that. Today he didn’t show that he was one of the best. His partner Domagoj Vida did not show that either. They were not very good today.”

“Maybe Lovren got a little bit ahead of himself.

“In the last two months two of the biggest finals you can play he has played in and he has lost. So he’s not had a great time. And one of the reasons France scored four goals today was the unrest in that Croatian defence.”