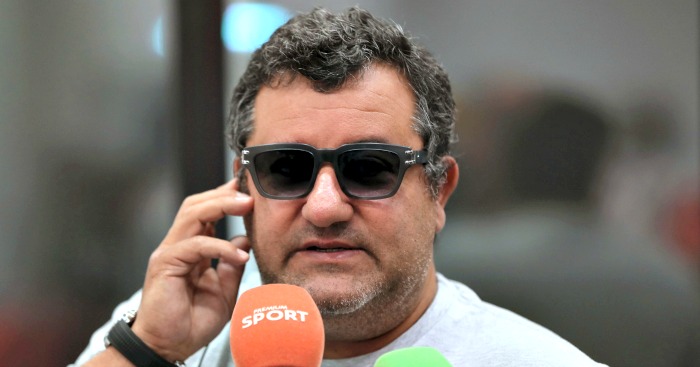 Mino Raiola has leapt to the defence of client Paul Pogba after criticism from Manchester United legend Paul Scholes.

Pogba invited censure after admitting his “attitude” was “not right” in United’s defeat to Brighton at the weekend.

It was a frank and honest assessment of his own performance, but one Scholes hoped was “lost in translation”.

“There’s a lack of leaders in the team, that’s why we thought Pogba might be the ideal candidate to be that leader but he wasn’t there,” he told Optus Sport after the match.

“He had another really poor game. He’s so inconsistent.”

Agent Raiola has since responded on Twitter, furthering the belief that he is trying to engineer the midfielder’s exit.

‘Some people need to talk for fear of being forgotten. Paul Scholes wouldn’t recognize a leader if he was in front of Sir Winston Churchill,’ read his first message, with Pogba tagged in.

‘Paul Scholes should become sports director and advise Woodward to sell Pogba. Would be sleepless nights to find Pogba a new club.’

Neville, fresh from ranting about Ed Woodward, soon waded in.

Let’s hope @paulpogba leads his agent and shuts him up !

Even Mike Phelan, former United first-team coach, had his say, adding that: “There was a time when a player’s ability, consistency, attitude, record and application generated transfer activity.”