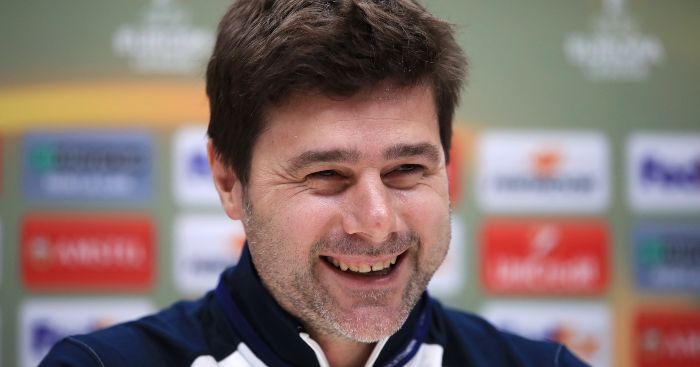 Mauricio Pochettino is ‘very interested’ in becoming PSG manager in the future, despite being linked with Manchester United, according to reports.

Pochettino has been out of a job since he left Tottenham in November 2019. He spent over five years at Spurs in a successful spell that saw him lead the club to the Champions League final in 2018/19.

The Argentinian has been linked with numerous elite clubs across Europe since he became available, but he is yet to take a job elsewhere.

He has been linked with Manchester United as pressure was mounting on Ole Gunnar Solksjaer at points this season. But French Football expert, Julien Laurens, told talkSPORT that Pochettino could be eyeing the PSG managers job.

Pochettino played for the French side for two and a half years between 2001 and 2003. PSG boss Thomas Tuchel is out of contract this summer and it currently looks unlikely that his deal will be extended.

Laurens suggested that the former Spurs boss has been patient and he could end up at PSG instead of Man United or Real Madrid.

“They could get rid of [Thomas Tuchel] now and get someone in who would then have six months to prepare for next season, whether that’s someone like Pochettino…

“The pressure has been building this season and it will peak if they don’t qualify for the knockout stages of the Champions League, that would really be unacceptable for a club like PSG.

“Pochettino has been very clever in the way that he’s waiting. He could have gone back to management very early on but he waited. He really wanted to get the right project and the right club.

“Real Madrid would be interesting for him, we know how close he is to Florentino Perez.

“But he has really good ties with PSG, he was their player, their captain, and he loves Paris as a city and a football club.

“That could be very interesting, I think it’s a very attractive club for any manager.

“I think Manchester United is still in the back of his mind because maybe Ole Gunnar Solksajer has lasted longer than all of us expected, but certainly he [Pochettino] would be high on their list.”