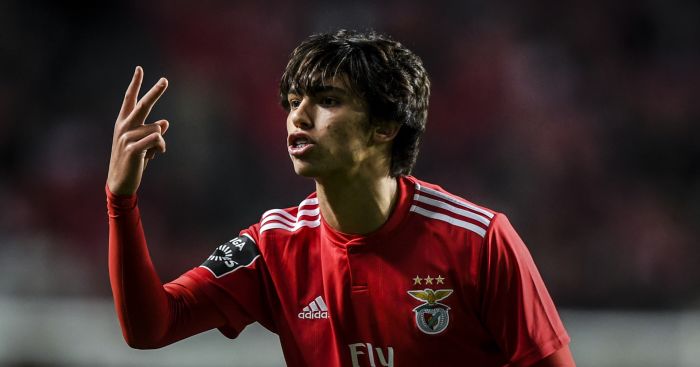 Benfica are intent on increasing the release clause in the contract of Liverpool and Manchester United target Joao Felix.

Felix has emerged as a transfer target for a number of Europe’s biggest clubs, including the two Premier League giants.

The Portuguese, who has been likened to Cristiano Ronaldo, currently has a release clause of €120m (£103.1m), but Benfica want to increase that to €200m (£171.8m) to fend off any potential suitors.

Club president Luis Filipe Vieira will not entertain offers for the 19-year-old.

“Right now we are not interested in selling Joao Felix, and soon we will increase his release clause,” he told Tuttosport.

“He is one of the best products to have emerged from Portuguese football since Cristiano Ronaldo.”

“We will try to keep Joao Felix and other players for as long as possible,” he told Tuttosport. “That is the club’s policy.

“But we are aware that there are clauses and there are certain players that cannot be held indefinitely in Portugal.”