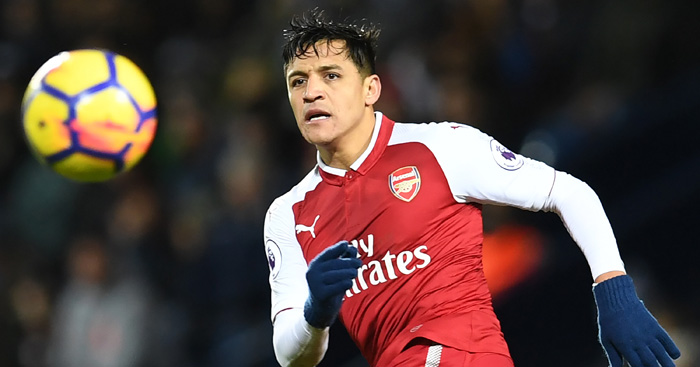 Manchester United have emerged as candidates to sign Alexis Sanchez from under the noses of Manchester City.

City have long been linked with a move for Arsenal forward Sanchez, who is out of contract with the Gunners in the summer.

It was thought that they would face little competition for the Chilean, whose desire to join Pep Guardiola’s side is no secret.

But The Guardian say that United have made a move to ‘hijack’ the deal, and Jose Mourinho is ‘believed to be confident of winning the race’.

Fabrizio Romano writes that while City have agreed personal terms with Sanchez amounting to £250,000 a week, their offer of £20million has been trumped by United.

The Red Devils have offered £25m for Sanchez, and ‘their proposal would also see Sanchez earn more than he has been offered by City’.

Another trump card United may hold is in the future of Henrikh Mkhitaryan. Romano adds that Arsenal ‘have also been offered the opportunity’ to sign the Armenian – although his wages could prove an issue.