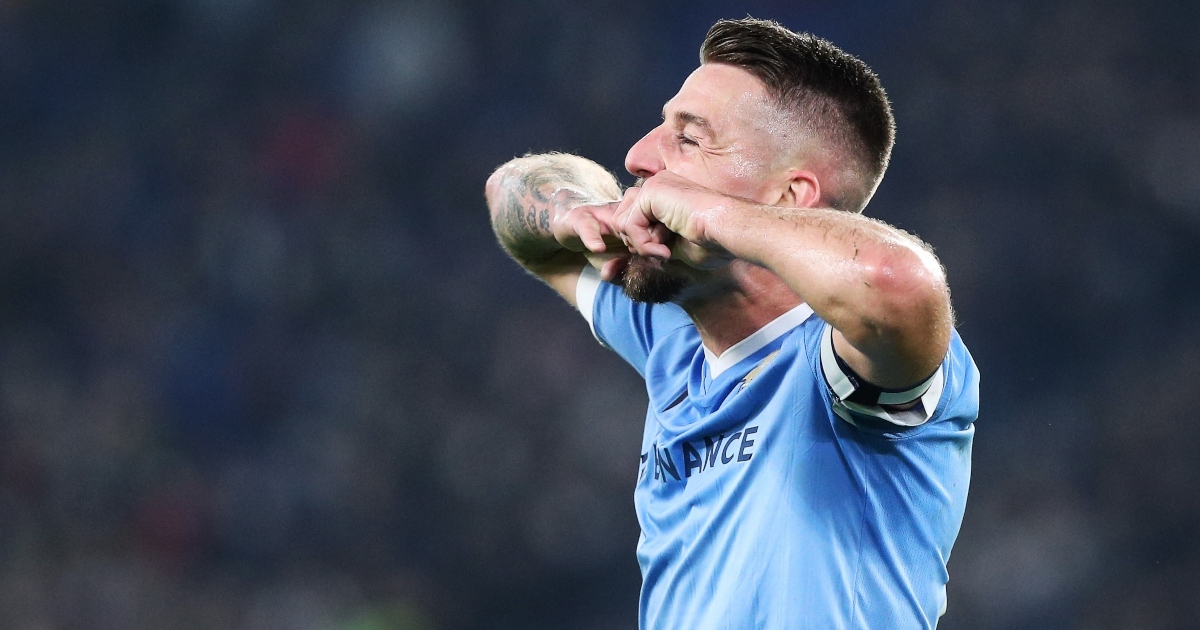 Sergej Milinkovic-Savic could be on his way out of Lazio after his antics at the club’s Christmas dinner, with Manchester United ‘lurking’.

To combat growing discontent in the Lazio dressing room, manager Maurizio Sarri and president Claudio Lotito called for unity at the Christmas do, according to Il Messaggero (via Sport Witness).

They called for players to think of the team rather than themselves, and while Milinkovic-Savic ‘said the right things at the party’, he then left early, ‘dragging his entire Balkan team with him’.

Sarri believes the player continues to ‘behave in an arrogant and presumptuous way’.

The 26-year-old has therefore been linked with an exit from the Serie A club, with United named as a possible landing spot.

Milinkovic-Savic has long been linked with a move to the Premier League, with Liverpool also rumoured to be interested at one time.

But with Rangnick said to want to add midfield reinforcements to his squad, a move to Old Trafford makes more sense.

The report claims ‘Manchester United are lurking’, along with Juventus and Real Madrid, and the Serbian’s agent, former Chelsea striker Mateja Kezman, has an agreement with Lazio that his client can leave the club in June.

Milinkovic-Savic had been tipped to move from Lazio for over €140million in Filippo Inzaghi’s time as manager, but it’s thought the club are now unlikley to secure a fee anywhere near that amount.

President Lotito said: “I didn’t sell him for €140m because I had given the floor to Inzaghi. I don’t give a damn about money, I want respect and maximum commitment.”

The report claims Lazio will now do well to make even €80million from his sale.

Meanwhile, Jamie Redknapp has urged Newcastle to go after Jesse Lingard in January.

“Jesse Lingard has had a shout, if I was Newcastle right now he would be my first signing.

”He’s out of contract in the summer, you can get him at a good price. Great mentality, there’s definitely goals in him.”