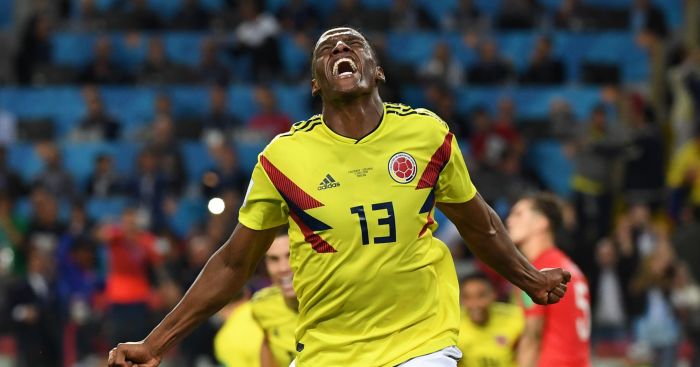 Manchester United have made contact with Barcelona over defender Yerry Mina, according to a respected journalist.

The Colombia international has hinted that he will leave Barca this summer after revealing his mental anguish last season.

Mina moved to the Spanish champions for €11.8million in January but only managed five appearances in La Liga as he struggled for minutes under Ernesto Valverde.

Liverpool were interested in the player, but Everton and Lyon are reported to have lodged offers for Mina, whilst Sky Sports have previously said Wolves are also in the hunt for Mina, who could leave on loan.

United have signed Fred, Diogo Dalot and Lee Grant so far this summer and Jose Mourinho is keen to add two more players to his squad before the new Premier League season.

And beIN Sports correspondent, Tancredi Palmeri, has hinted that the Red Devils could be moving closer to their fourth signing by simply tweeting: “Manchester United have contacted Barcelona for Yerri Mina.”

The Red Devils are apparently willing to match Everton’s £27m offer and meet Mina’s wage demands to get the deal over the line.