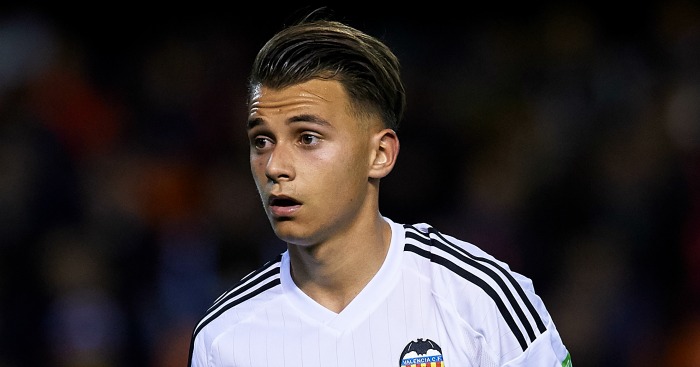 Manchester United have made an approach for Valencia teenager Fran Villalba, according to the player’s agent.

Villalba has been a regular for Valencia’s ‘B’ team this season, but did make his first-team debut under Gary Neville last season.

With a release clause of close to £4m, United are reportedly keen on signing the 18-year-old. That’s according to Vincent Fores.

“With me contact has been made,” Fores said, as reported by Sport Witness.

“Just a contact to know his situation. They’re already aware.

“I don’t know about Valencia. But I reckon they will make it hard. We’ve just started talking. It’s up to United.”