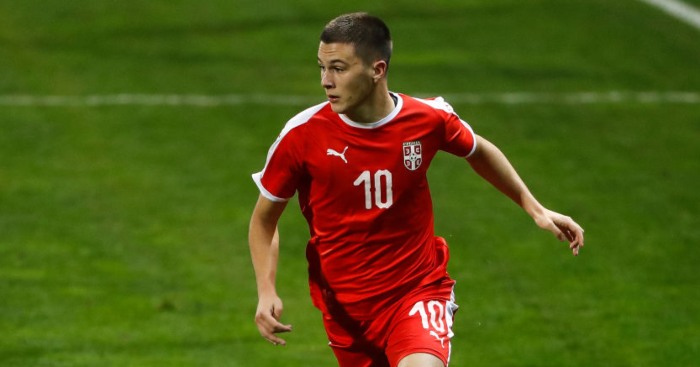 Man-child Filip Stevanovic will join Manchester City for £7m despite interest from Manchester United, according to Fabrizio Romano on his Here We Go podcast. The Serbian 18-year-old has already scored three goals and notched two assists for Partizan Belgrade this season. He plays predominantly on the left wing and would be a long-term replacement for the departed Leroy Sane.

As reported by @FabrizioRomano on @podcastherewego, #ManCity will sign Filip Stevanovic (18) from Partizan for a total fee of €8M including add-ons.

Find the full details on the transfer and why he didn’t join #MUFC on the ‘Here We Go’ podcast:https://t.co/9pcQ2IuxgH

We brought you the gossip on Friday about Manchester United’s interest in Hakan Çalhanoğlu, the Turkish attacking midfielder whose contract at AC Milan expires next summer. It seems that there is some truth in the claim, with BILD’s Christian Falk claiming that he has turned down Juventus to join United, who are already struggling to find enough games for Bruno Fernandes, Paul Pogba and Donny van de Beek.

True: United is in concrete negotiations with Hakan Çalhanoğlu (26) @acmilan. the contact has been there since summer. therefore he turned down an offer from @juventusfc. @ManUtd has not to pay a Transfer fee (contract ends 2021) pic.twitter.com/faQOtYGZEe