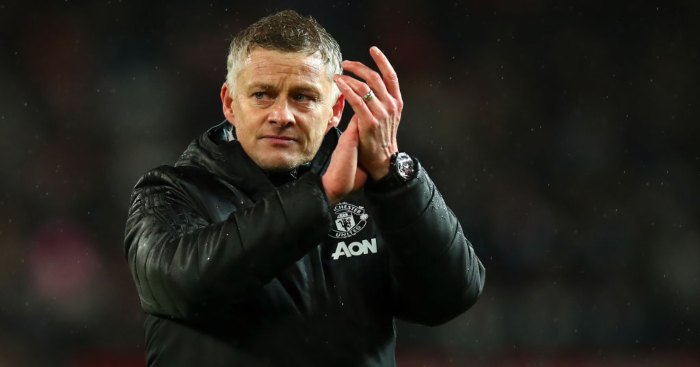 United have been linked with Dembele before, most recently as part of a mooted £95m double striker move earlier this month.

Chelsea have also expressed an interest but the forward himself reportedly sees United as a ‘dream’ move, and that feeling is very much mutual.

French newspaper L’Equipe, as translated by the lovely Sport Witness, say ‘contacts remain’ between the player and club after United ‘thought of formulating’ a bid in January.

Ole Gunnar Solskjaer went on to sanction a loan move for Odion Ighalo instead as a short-term solution but it seems increasingly unlikely that will be made permanent, thus making room for another striker to join this summer.

And as ‘the bond’ between Man United and Dembele’s representatives ‘has been established for several years and has never been broken,’ the 23-year-old is a prime candidate.

Solskjaer ‘likes’ him and the fact his value has ‘naturally declined’ amid the global pandemic to around €50m understandably appeals.

Lyon would be receptive to a deal if such a price is offered as they have been impressed with Dembele’s conduct since he was not granted a move in January.

Jadon Sancho is thought to be United’s primary transfer target, with Jack Grealish also towards the top of their wishlist.

They have been linked with a number of centre-halves, most notably Napoli’s Kalidou Koulibaly.

A fresh link emerged on Friday as Pietro Pellegri was claimed to be on the club’s radar, too.