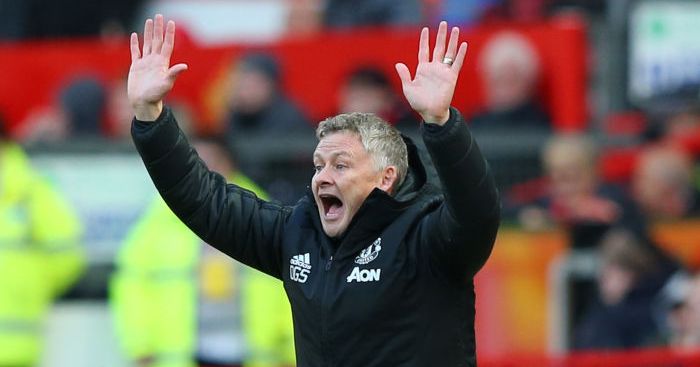 It might be that Ole Gunnar Solskjaer accidentally stumbled upon the answer to a question he hadn’t yet been posed. “When you’re a footballer, you should be proper boring,” he said earlier this week. “You go to bed, rest, recover and get ready for the next game. You can do all the other stuff after your career.

“In between games from July to the middle of May, football should be your only thought. Then you have a summer holiday to do the other stuff. That’s the way I was – boring. Loads of my team-mates were boring and that’s why we became successful.”

The general point – that players should avoid social media or any other activity that is not kicking or chasing a bag of air around for 20 years of their lives – is a laboured, tiresome and altogether meaningless one. Jesse Lingard isn’t very good because Jesse Lingard isn’t very good, not because he lends his name to a clothing label that he almost certainly isn’t involved in the day-to-day running of.

But the suggestion that they should be “proper boring” is worth exploring for Manchester United. Not in the defensive sense of the word, but rather with regards to their control of games.

United were boring for periods against Brighton. They passed from left to right in the first 20 minutes, taking few risks and keeping both their shape and possession. The opening 15 or so minutes of the second half told a similar story: they had six shots before their visitors had one in response after the restart.

It is no coincidence that they took a two-goal lead in that first section, and almost reinforced it on a number of occasions in the second. Andreas Pereira became their fourth different Premier League goalscorer of the season with a deflected strike, soon to be followed by their fifth and oldest: 24-year-old Brighton midfielder Davy Propper.

His own goal gave United a platform they sought but did not need. It made them comfortable, lackadaisical, slack. Their next shot would not come until a minute before half-time, while Brighton had opportunities to capitalise. Lewis Dunk and Shane Duffy contrived to miss from the same sort of situation that saw unmarked Aaron Connolly, all 5ft 6ins of him, squander a similar chance.

United’s response when Brighton finally did score was commendable. Two minutes and three seconds separated Dunk’s goal and Marcus Rashford’s clever finish from Anthony Martial’s cutback. What followed was a period of brilliant dominance: Brandon Williams, Daniel James, Lingard, the excellent Fred and Martial all tested either Mat Ryan or any defender capable of blocking them. Rashford simply tested everyone’s patience or sense of humour with an unfathomable miss.

Old Trafford was treated to ten unanswered shots in the final half an hour against a solid Brighton side that had more than 60% possession in that time. It was a counter-attacking force of nature. United had fewer efforts in 90 minutes against Liverpool in October, West Ham in September and Wolves in August.

The supporters were surely much more satisfied with those attacking waves, but the manager was perhaps more content to see the control exerted by the hosts earlier on. Too many games have passed United by in recent months, too many opponents have overwhelmed them, too many chances to assert themselves have been missed. They might have been “proper boring”, but United forced Brighton to adapt to them rather than the other way around.

Solskjaer will also see a Premier League table comprised only of first-half results that United top by three points, and a table of second-half results where they are 19th and languishing. Reducing this game to one of two halves worked but it is not a plan conducive to long-term success. There is a balance to be struck.