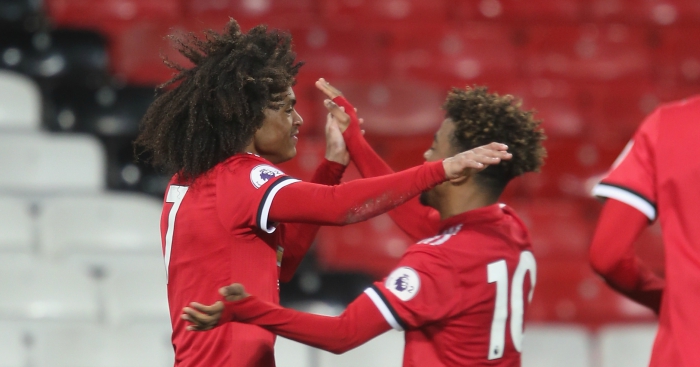 Manchester United have included seven youth-team players in their squad for the tour of the United States.

United travel to America for five friendlies in the space of just over two weeks.

They had a similar pre-season schedule last campaign, with Scott McTominay successfully staking his first-team credentials with some impressive showings.

A number of players will be looking to emulate him this time around, with Tahith Chong and Angel Gomes chief among them.

Daley Blind was not in the travelling party as he nears a potential record move to Ajax, while Alexis Sanchez has been given his first summer off in five years.