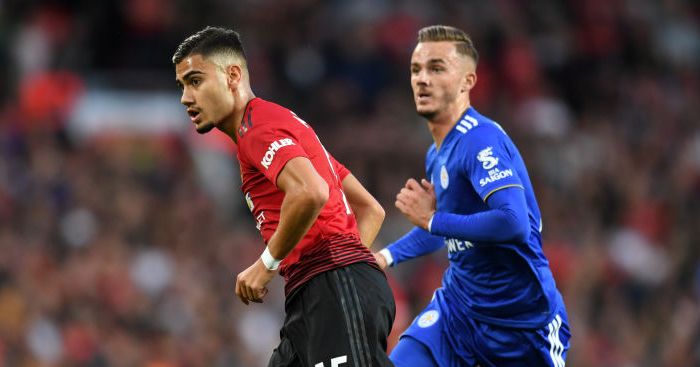 Manchester United could offer Andreas Pereira as a ‘sweetener’ in a deal to sign Harry Maguire from Leicester.

Maguire is one of 18 players United are targeting this summer, with the club eager to strengthen their centre-half ranks.

But the £90m valuation placed on Maguire’s block head is proving understandably prohibitive.

United have not withdrawn their interest in the England international but are reluctant to spend a world-record fee for a defender.

They could therefore use Brendan Rodgers’s previous interest in Pereira to try and bring the cost down.

Rodgers ‘is a big fan’ of the midfielder, having tried to sign him during his time at Celtic.

Yet this would not be a straight swap: the 23-year-old’s Old Trafford contract was extended by another year recently, and discussions over a long-term deal have been held.

United would therefore offer Pereira only on loan in an attempt to assuage the Maguire move.

What is their obsession with trying to swap their current players for shiny new ones?