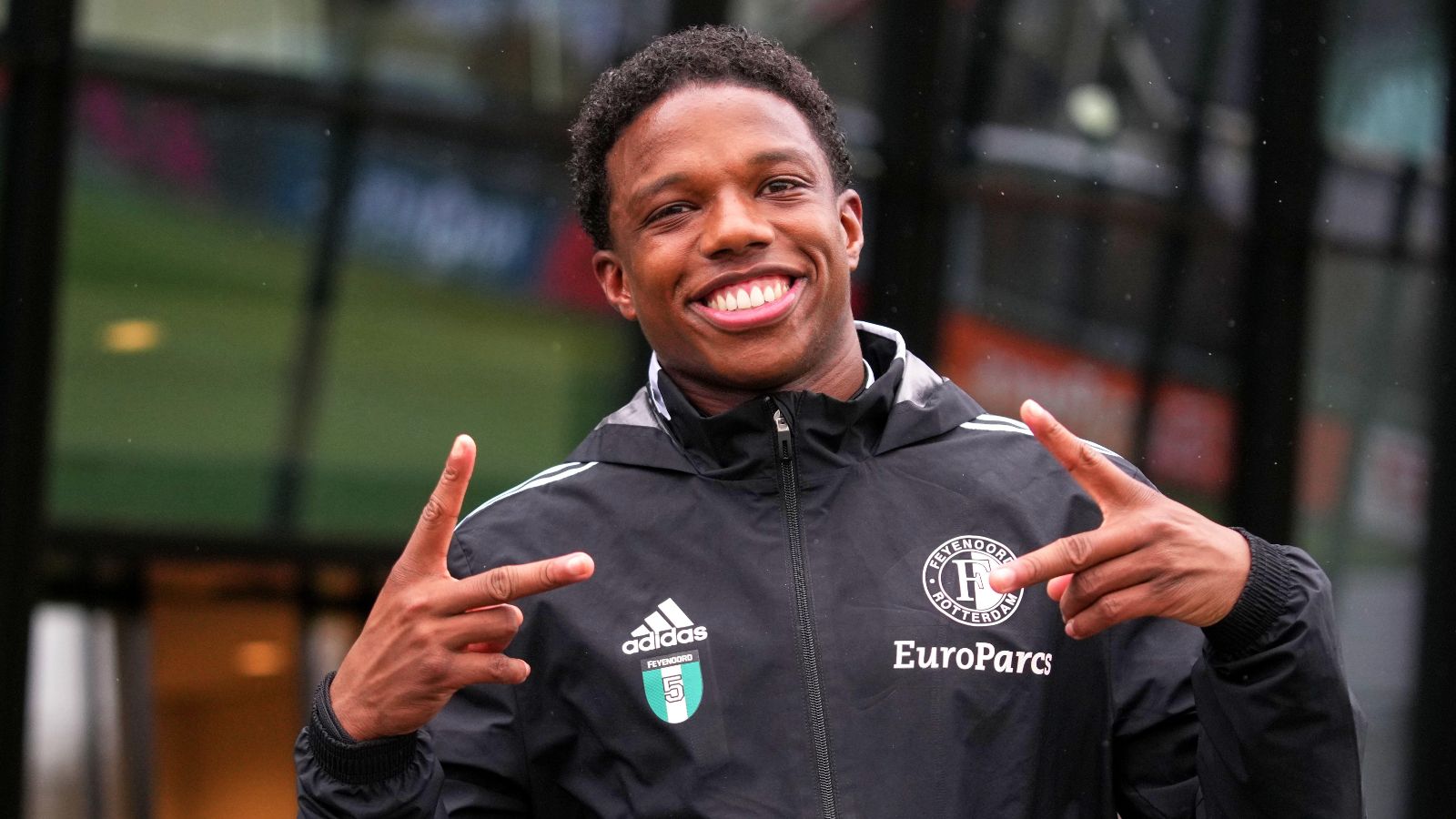 Manchester United are set to put two of their players on the transfer market after they complete a deal for Feyenoord star Tyrell Malacia.

The left-back progressed through the ranks at Feyenoord and has made 136 appearances for the Eredivisie side over the past five seasons.

READ MORE: De Jong FIRST, then? But why? Man Utd and an inability to transfer multitask

The 22-year-old has played for his country at youth level and he made his debut for the senior side last year, playing five times under Louis van Gaal since.

He shone for Feyenoord last season, playing 50 times across all competitions and was named in the Team of the Tournament for the Europa Conference League.

United have been linked with the defender since early May, and despite a reported ‘full verbal agreement’ to join Lyon, the Red Devils appear to have successfully hijacked that deal.

“The agreement with Man United is there. We are now waiting for Tyrell,” Arnesen said.

“If Malacia says yes, then a transfer to Manchester United is imminent.”

And Malacia’s arrival could spell the end for two left-backs, with the Dutchman set to rival Luka Shaw for his position.

Both Alex Telles and Brandon Williams will be up for grabs, according to The Times.

Telles only joined United two seasons ago, in a £15.4m move from Porto, but ‘will depart if a good offer comes in’.

While Williams ‘is also set to leave, either permanently or on another loan deal’, though there will be some at United pushing for the latter, as he ‘has admirers’ at Old Trafford.

Meanwhile, another United target, Ajax winger Antony, has been warned against forcing through a move to United this summer as the Dutch side are “free to ask what they want”.

Dutch analyst Aad de Mos thinks Antony – whose contract is not due to expire until 2025 and is valued at £80m – would damage his reputation if he attempted to force through his exit.

“That doesn’t come from Antony; it comes more from the agents usually,” De Mos said.

“I don’t think it’s very wise for his reputation. Ajax is free to ask what they want because he still has a long-term contract.

“He has to be careful with it; it could be a disadvantage to himself because Ten Hag and United could say: we are no longer interested in a player who does that.”