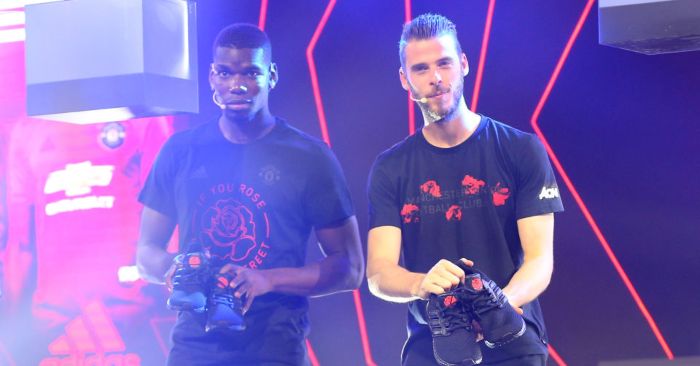 As the queues for Primark stretch from city to city, hairdressers book themselves up for appointments across the next decade and the Premier League edges towards its triumphant return, there is a sense that things are slowly getting back to somewhere near normal.

So to reinforce that point, let’s talk about whether Man United should sell Paul Pogba.

Could a Pogba sale this or next summer be worth considering now Bruno Fernandes has arrived to take up the midfield mantle? Or is the Frenchman worth keeping due to his marketability and off-field contribution?

As for De Gea, the emergence of genuine competition for the first time in more than half a decade has cast his position into long-term doubt. But is Dean Henderson really ready to step straight up?

Another mail explored came from Aaron Grimes, who scoffed at the suggestion that Fabinho is one of the three best defensive midfielders in the Premier League.

Matt was equally derisive of that hot take, pointing out that Fabinho was the best player in the top flight at the start of the season and Liverpool’s performances suffered without him.

The same can be said of Wilfred Ndidi and Leicester, with the apparent Man United target actually backed to make that move.

Mark then reveals his starry-eyed adulation for Fred, before both start comparing Scott McTominay to Darren Fletcher because they are both blonde Scottish men and Man United midfielders.

Don’t worry: actual Premier League football will be back by the next episode.