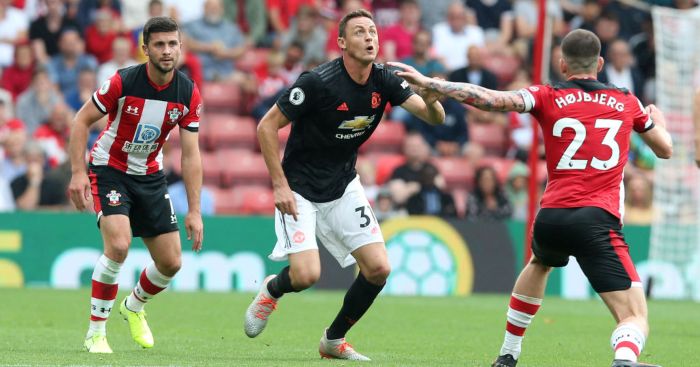 The midfielder made his first appearance in the 1-1 draw with Southampton as a second-half substitute that probably should have subsequently been substituted.

Matic did little to aid mid-table Man United‘s hopes of securing all three points, but he was probably busy wondering what his Instagram fans were thinking.

The Serbian liked a comment saying that ‘if Ole Gunnar Solskjaer don’t want to future you in his team please leave the team’. [sic]s all over the place, there.

‘I think that man is so myopic that he doesn’t know he needs you in the midfield,’ he added. ‘I am beginning to hate Ole.’