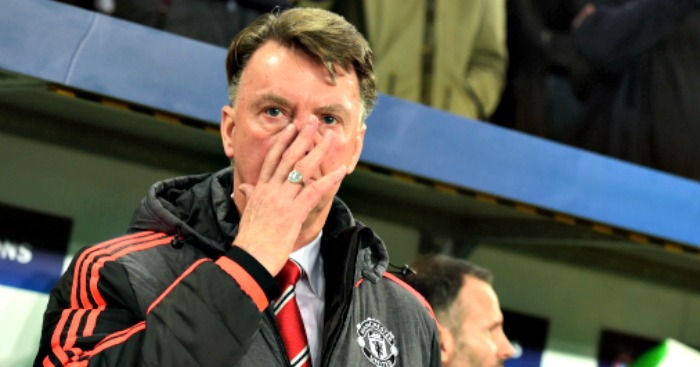 Manchester United players are frustrated by the methods and tactics of Louis van Gaal, according to reports.

Van Gaal has been the subject of plenty of criticism from fans and pundits due to United’s less than inspiring style of play this season, and this has only increased after failing to qualify for the knockout rounds of the Champions League due to the 3-2 defeat at Wolfsburg.

While it is understood the club’s hierarchy still have faith in the Dutchman, The Times suggest there is a “growing resentment” of Van Gaal in the dressing room.

It is believed the 64-year-old’s decision to substitute Juan Mata, who created Anthony Martial’s opener, with United trailing 2-1 in Germany was met with particular bemusement by the players.

Mata was replaced by 21-year-old midfielder Nick Powell, who had not appeared for the club in 16 months.

Earlier this season, captain Wayne Rooney and Michael Carrick approached Van Gaal on behalf of the squad to voice their dissatisfaction at Van Gaal’s methods, although it is suggested they will not repeat that act again – as they believe nothing is likely to change.

To make matters worse, United face somewhat of an injury crisis ahead of Saturday’s trip to Bournemouth.