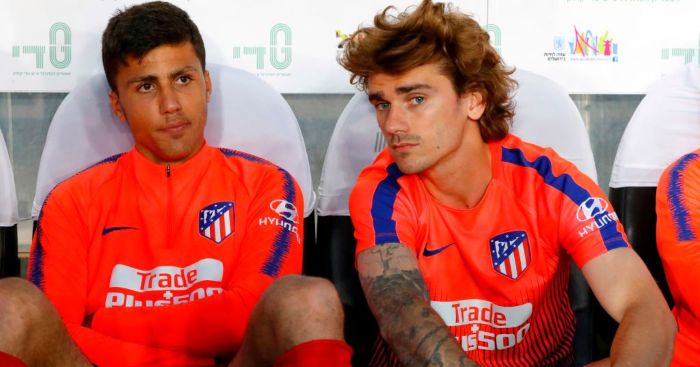 Manchester City and Manchester United target Rodri has told Atletico Madrid of ‘his decision to start a new sports project’.

Rodri has emerged as a midfield option for a number of leading European clubs, with Bayern Munich and PSG two other potential suitors.

City lodged a ‘formal offer’ for the 22-year-old last month, with interest from United – predictably – following soon after.

Spanish newspaper Marca say Rodri has now told Atletico of his desire to leave in what ‘is a purely football decision’.

He believes that ‘his talent can reach his ceiling at the orders of Guardiola in the City’ or at Bayern, with United and PSG able to offer loads of money but little else in comparison.

Spanish football expert Guillem Balague confirmed that City and Bayern are favourites, but went into detail as to why it would be United rejecting Rodri, and not the other way around.

As expected Rodri will leave AtM -wanted by City, Bayern and even United, the first two favourite. They will get a Busquets type (exceptional defensive positioning, good delivery of ball) but not yet at his level. MUFC'a analysis suggested bit slow in reaction and awareness pic.twitter.com/69gpwpc2Jr

Balague added that City’s plan ‘would be to play mostly Gundagan [sic] and Rodri in [the] holding midfielder role, with Fernandinho sharing duties there and as a third centre back’.